NSR Senior Analyst, Alan Crisp quoted in TechTarget IoTAgenda article: What does space-based IoT connectivity bring to the table? Nanosatellites are much smaller and less expensive than large satellites, so they can deliver “significantly lower costs and much smaller terminals, which can be integrated into a significantly greater number of devices — by an order.

Asia is undoubtedly one of the fastest growing regions for satellite communications. Raw market potential is massive combining poor terrestrial coverage, difficult geographies and buoying economies. Many players, both local and international, are looking to capture opportunities in the region as markets continue to be under-penetrated. Yet, there are significant roadblocks and hurdles that have. 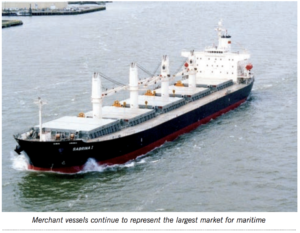 The State of Play in Maritime Satcom

NSR Senior Analyst, Bradford Grady’s article in the Digital Ship October 2018 Magazine While satcom revenues continue to rise, the potential entry into the satellite sector of a range of new players is likely to have a significant impact on the market for vessel connectivity in the near future, writes Brad Grady, NSR