Gov & Mil Markets: Is It All About the Frequency?

MILSATCOM or COMSATCOM has been one of the most contentious debates in the Gov & Mil Markets over the past five years.  On the surface, the debate is all about the economics of ownership – in the truest definition of economics – including all the opportunity costs associated with MILSATCOM networks.  Recent acquisition of 2. 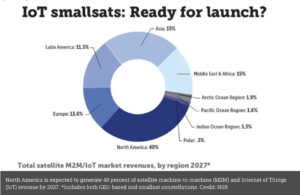 In recent years, there has been a boom of announcements for satellite constellations comprising satellites weighing as little as 3 kilograms to address a growing market of machine-to-machine (M2M) and Internet of Things (IoT) via satellite. Traditionally, this market has been serviced through combinations of Ku-band Very Small Aperture Terminals (VSATs), and mobile satellite.

Written by Kristen Grady on December 9, 2018 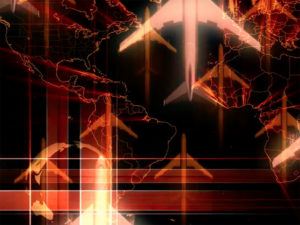 Is the Aero Market Ready for Takeoff?

…a trend for airlines to increasingly want control of the IFC running on their aircraft. They want the ability to brand the online experience, use it to build passenger loyalty and test pricing options, such as a set IFC fee per flight in “Is the Aero Market Ready for Takeoff?”

Written by Kristen Grady on December 6, 2018 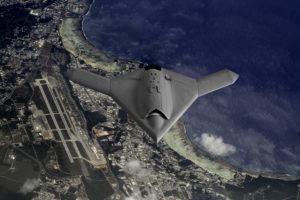 UAS: SATCOM in the High Skies

The Government & Military (Gov/Mil) market for satellite communications remains optimistic, with nations across the globe doubling down on defense spending to drive their own civilian and military government capabilities. Satcom will continue its rise as a central element here, as more governments move towards network centric asset deployments with data-intensive processes. At close to.

Written by Kristen Grady on December 5, 2018

Sorry LEOs, but FPAs Have No Incentive to Go Low-Cost

LEO constellations such as OneWeb or SpaceX continue to see Internet to the masses as a primary target market. However, for this market to materialize, the whole ecosystem must align, and antennas (among other elements) are still a big unresolved issue for consumer-grade services. In which direction are market forces and incentives pushing the development.

Written by Kristen Grady on December 3, 2018