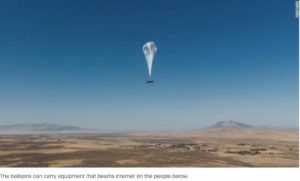 CNN Business: SoftBank teams up with Alphabet to deliver internet from the sky

The fact that they are investing in a balloon-based project shows that they understand what our market forecasts shows — that the balloon market will be the biggest high-altitude platform market,” he said. 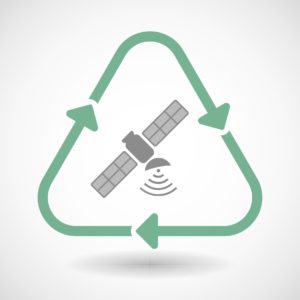 The “Total loss” of a satellite like Intelsat 29e, just 3 years into its 15-year life, has 2 significant implications: the sunk cost of the satellite, in addition to over 12 years of potential revenues and 6,552 kg of uncooperative debris roaming uncontrolled in geostationary orbit.

When electronically-steered antennas find their way into the marketplace, there will be a decline in the need for moving parts. But that is still a long way off and for now, demand for moving parts in the satellite segment continues to grow, says NSR.

Orbiting 22,000 miles above Earth, a fleet of American-built satellites is serving the Chinese government in ways that challenge the U.S.

For traditional dish terminals, having one company make antennas and another modems is normal, but that approach is less routine among flat panel developers, Dallas Kasaboski, a senior analyst at Northern Sky Research, said.