Launching their own satellite constellation will (…) help Amazon provide internet services at an economical price. According to Shagun Sachdeva, who is an analyst at the Northern Sky Research, the constellation of satellites will open new revenue avenues for Amazon. She also informed the huge funds at Amazon’s disposal will help the company get going. 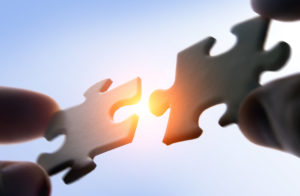 The Impact of Capacity Pricing on M&A and Investment Decisions

The satcom industry today relies on five major elements – Pricing (competition), Supply (indicating Asset worth), Demand (Growth), Break-even pricing (manufacturing innovation) and Ground System (efficiencies). While the economics of demand growth and ground system efficiencies have been proven to be more linear in the last several years, the same cannot be said for Supply. 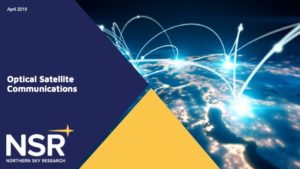 NSR’s Optical Satellite Communications report, released today, forecasts nearly $4 B in cumulative revenue over the 2018-2028 period for laser communication equipment in space. Largely driven by the impending wave of mega-constellations with inter-satellite links, the volume of production and subsequent deployment of Non-GEO satellites will drive revenue growth for equipment manufacturers.

Even as investment and excitement for Electronically-steered antennas (ESAs) continue to grow, it is vital to understand where & why MSAs will dominate.