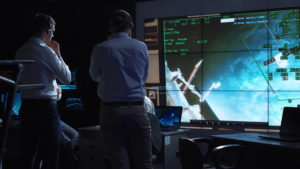 Currently, there is much debate surrounding the viability of In-Orbit Servicing applications in the space industry. Despite some recent setbacks and perception of uncertainty surrounding upcoming IOS Services, GEO satellite life extension is garnering most interest out of all IOS offerings, and the demand is expected to increase over time. With government and military sector.

ABC 57: SpaceX to launch its first 60 satellites to deliver internet from space

A (LEO) Race to the Bottom?

With the satcom industry moving to network applications and integrated service business models, the price-demand equation has changed considerably over the last 5 years.

[NSR] said the U.S. military would benefit from a transition to managed network services as satellite operators improve their offerings and prices become more competitive. A “hybrid” architecture that allows users to tap into commercial and military satellites without knowing the difference has been a much discussed but elusive goal.

Discussing satellite internet, “The challenge in monetizing is being able to get through those first few years, where you have to put in all your capital expenses, but not being able to get enough revenues to keep you afloat,” [NSR] told AFP.