What if LEO Constellations Fail?

Constellations have forced the entire industry onto the same superhighway so any step sideways or back could have a huge impact on the way forward for the whole business.

The Telegraph: Softbank loses £380m stake in OneWeb as British satellite start-up races to get launches off the ground

Softbank loses £380m stake in OneWeb as British satellite start-up races to get launches off the ground, “It (the OneWeb plan to launch up to 30 satellites per month) faces a huge challenge because of the capital expenditure to put these satellites into orbit and for the supporting ground infrastructure. Their planned rate [of building. 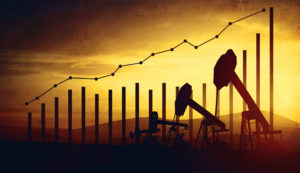 2020 Starts a Rebound for the Energy Satcom Sector

Satellite manufacturing and launch markets are evolving at rates never seen before. With a bevy of actors entering the satellite market at different levels of the value chain, the new dynamic is changing the way this industry measures growth – with the number of satellite orders and price/ kg losing relevance as market indicators. In.

At least 16 companies are targeting the IoT market with smallsats, according to NSR, ranging from startups like Fleet and Kepler Communications to heavyweights like Eutelsat.