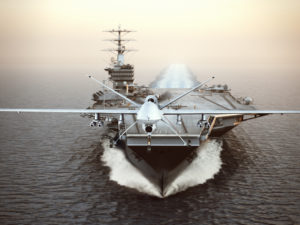 NSR’s newly released Government and Military Satellite Communications, 16th Edition (GMSC16) report finds another year of growth for commercial satellite connectivity. As HTS-based services start to really take-off in the market, retail revenues are up $600M from 2017, to over $5.6 Billion. Driven by strong growth for Aeronautical Platforms (both Manned and Unmanned), the market remains poised to double over the next ten years.

Written by Kristen Grady on November 6, 2019

The Grand C-band Debate: Too Early to Predict a Winner?

Two years since Intelsat first proposed it, C-band spectrum (3.7-4.2 GHz) repurposing has been a consistent newsmaker. Marred with differences of opinion on spectrum proceeds vs. the urgency of 5G deployment in the U.S., the proposal has been a political talking point:

Written by Kristen Grady on November 4, 2019