Flexible satellites have been around for some time, but the rate and scale of flexibility has increased exponentially over the last few years. Declining GEO capacity prices, rise in competition and the need for reduced time to orbit and are just a few factors that led to greater need for software-defined satellites. 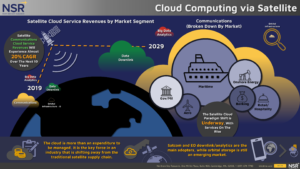 Via Satellite: Will Launchers Survive 2020’s ‘Gloom and Doom’ Climate?

It is fair to say 2020 has been widely chaotic, and that is no different for the space launch industry. The industry is facing a pandemic that affects the global aerospace workforce, a spiral of launch delays and supply chain issues, and a string of launch failures from established and new launch providers alike.

According to a November 2018 study by Northern Sky Research, a US-based provider of space industry intelligence, 6,500 small satellites will be launched for applications such as communication and remote sensing by 2027. 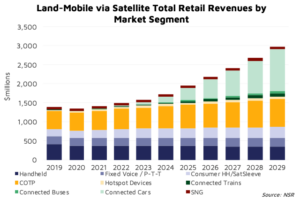 The land mobile SATCOM market has traditionally been comprised of handheld phones; however, an increasing number of new devices have appeared on the market. Fixed voice, followed by push-to-talk, satellite hotspots, and then consumer handheld devices took hold.