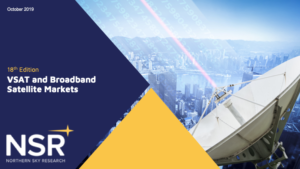 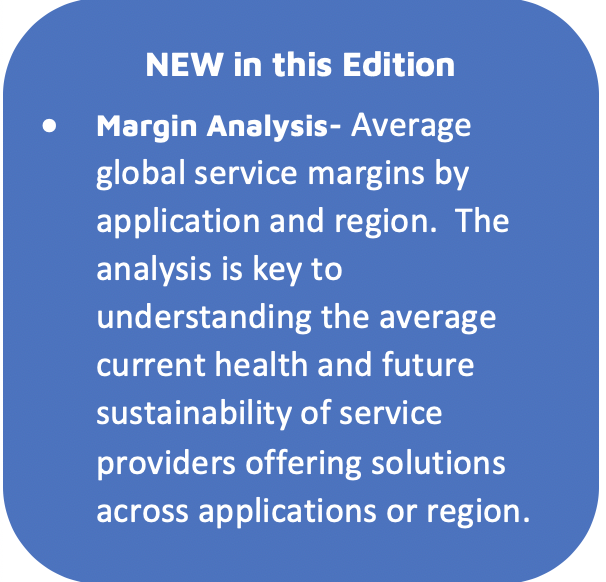 NSR’s VSAT and Broadband Satellite Markets, 18th Edition (VBSM18) is the longest-running industry analysis of the fixed broadband satellite sector, including all key markets, verticals and regions.  The study is structured in 2 key segments:

The study covers the global installed base of sites and subscribers broken down by 5 regions, forecasts capacity demand, assesses capacity and service revenues as well as CPE shipments and revenues for 2018-2028.  The Fixed Enterprise VSAT market is further segmented into Retail/Hospitality, Banking, Social Inclusion, Energy, Mil/Gov, Backhaul & Trunking and “Others” segments, while the Consumer Broadband Market is split into Direct-to-Premises and Hotspot segments.

Key Questions Answered in this Report: 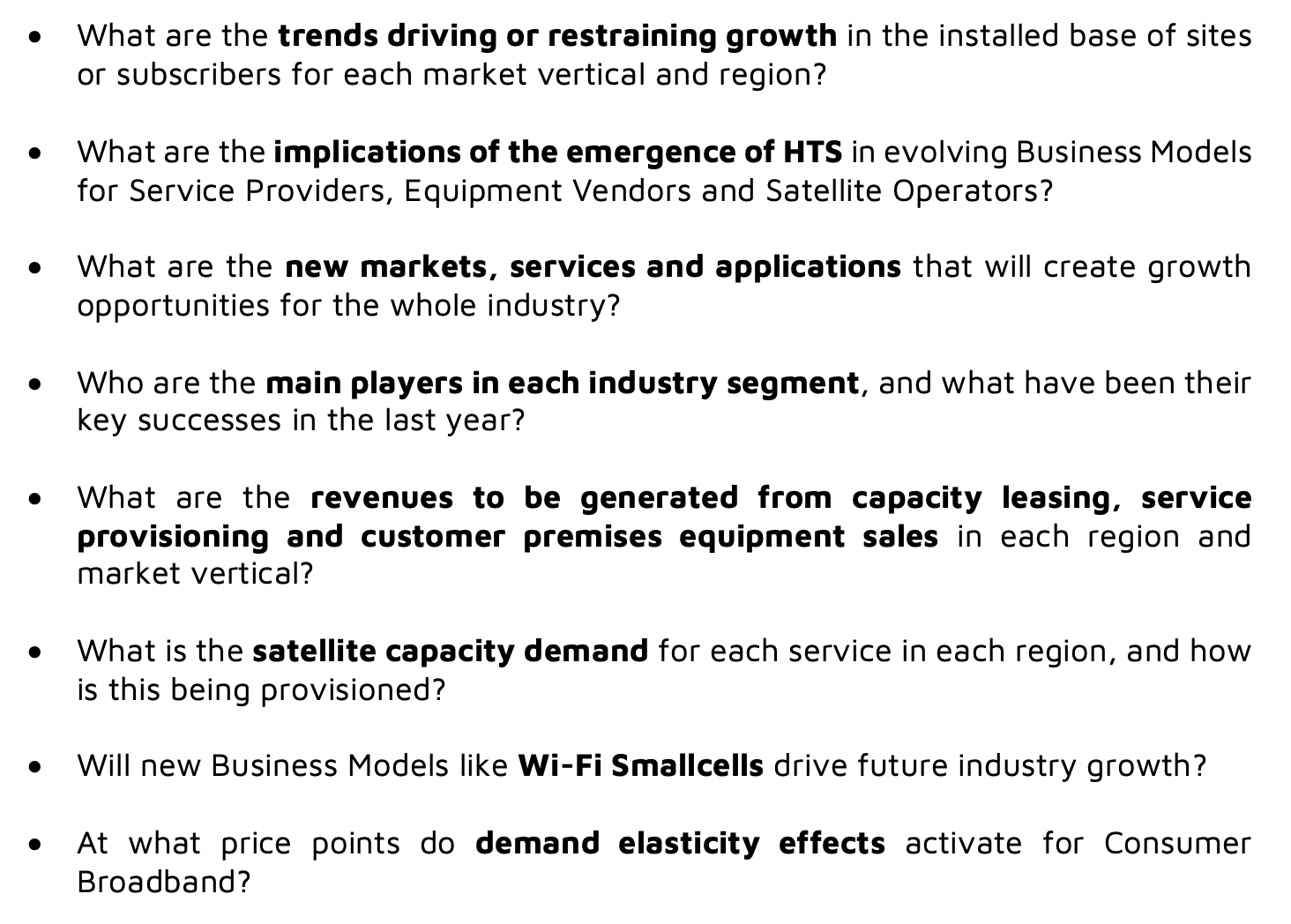 Bottom Line: What are the major actionable insights to capture revenue growth from capacity leases, service and equipment sales in each region and market vertical?

The VSAT and Broadband Satellite Markets, 18th Edition study relies on NSR’s long-lasting methodology and experience in generating its forecasts for broadband satellite markets. Further, the study is complementary to NSR’s Wireless Backhaul via Satellite, Energy Markets via Satellite, Government and Military Satellite Communications studies where more detailed analysis of each vertical is provided.

NSR rigorously tracks the public announcements of all major players across the value chain and has carried extensive interviews to build base year data and carefully formulate forecast data. In addition, NSR is actively present in major conferences and events in order to assess, discuss and analyze new and emerging market trends with key players in the satellite and terrestrial industries.

The forecast period for all market segments covers ten years, and in this VBSM18 study the market assessment runs from 2018 to 2028. The report outlines the Enterprise VSAT markets structured in 7 key applications: Retail/Hospitality, Banking, Social Inclusion, Energy, Mil/Gov, Backhaul & Trunking, and Others. Similarly, the Consumer Broadband markets are segmented into Direct-to-premises and Hotspot. Forecasts are broken down in 5 regions: NAM, LAM, EU, MEA and Asia.