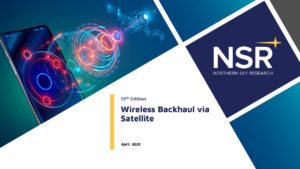 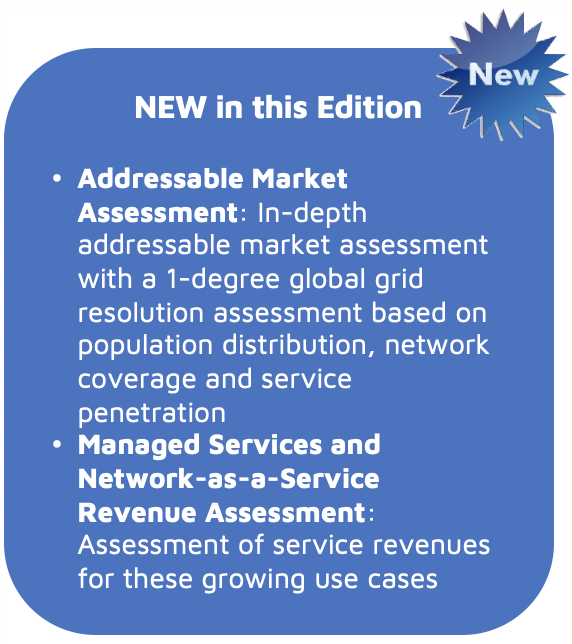 NSR’s Wireless Backhaul via Satellite, 15th Edition is the longest-standing industry analysis and forecast of the Satellite Backhaul and Trunking backbone sector. The study analyzes all the key market trends behind each major category of backhaul connectivity-services using a fixed satellite antenna:

The study covers the global installed base of sites broken down by 7 regions, forecasts capacity demand, assesses capacity revenues as well as CPE shipments and revenues. New in this edition, the report presents a high-resolution addressable market assessment for potential population to be served and bandwidth requirements. Also, a revenue forecast for the emerging Managed Services and Network-as-a-Service Business Models is included. 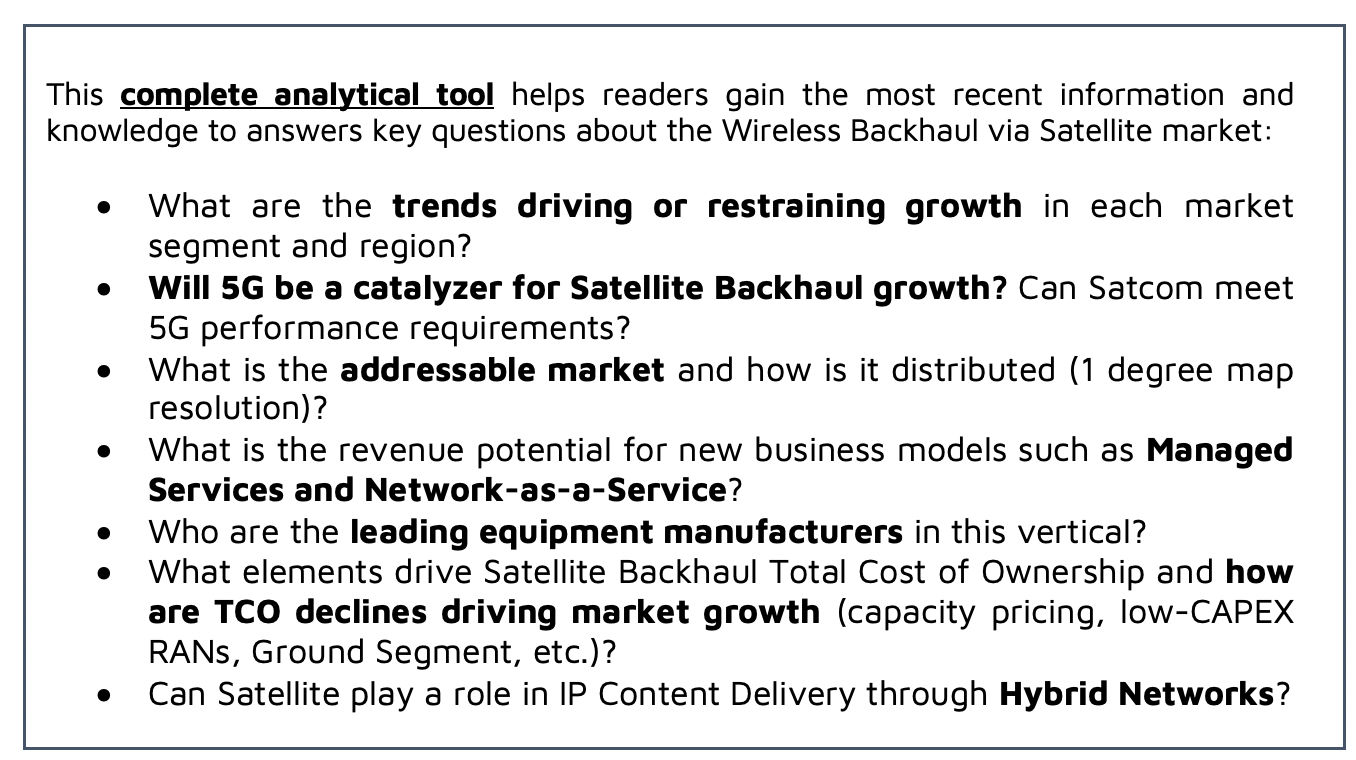 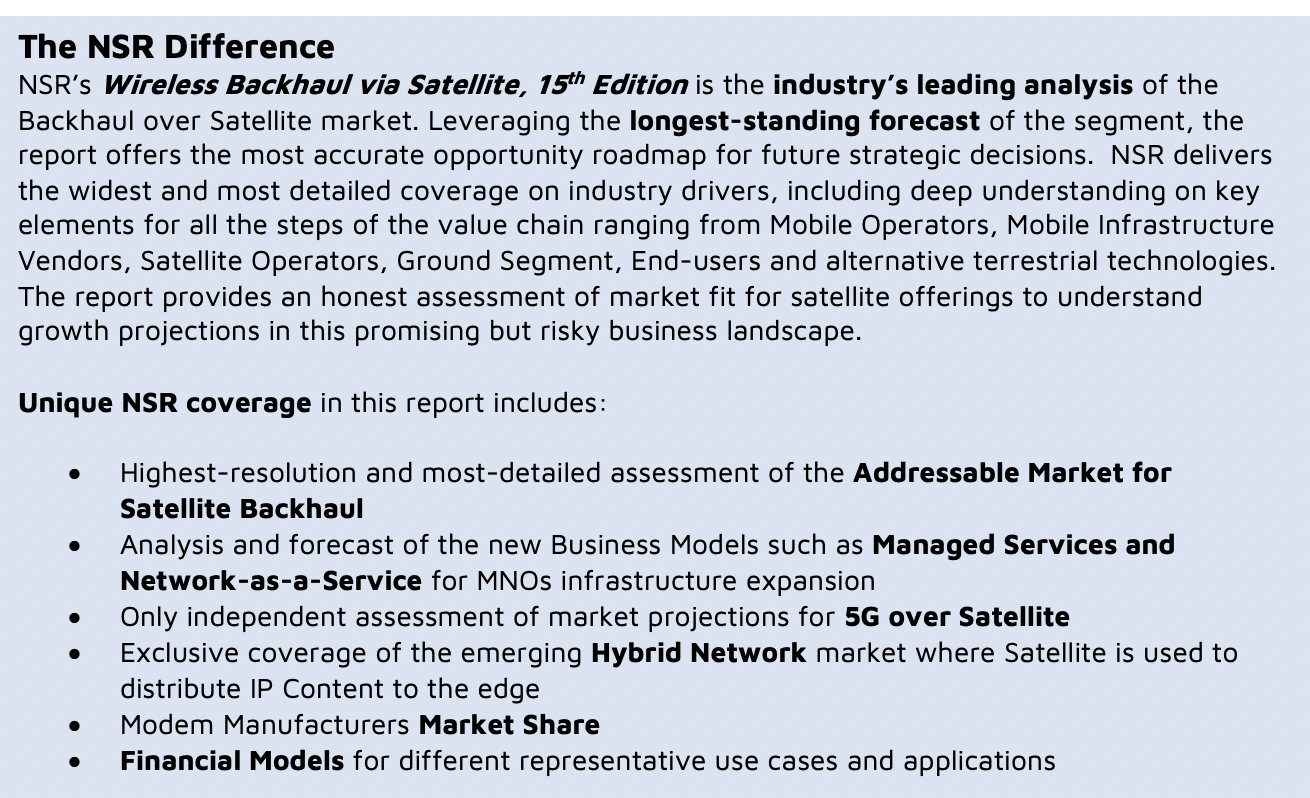 NSR’s Wireless Backhaul via Satellite, 15th Edition is based on long standing methodologies that have been validated and improved over the previous editions of the report. NSR rigorously tracks the public announcements of all major players across the value chain and has carried extensive interviews to build base year data and carefully formulate forecast data. In addition, NSR is actively present in major conferences and events in order to assess, discuss and analyze new and emerging market trends with key players in the satellite and terrestrial industries such as the Mobile World Congress as well as satellite specific events. 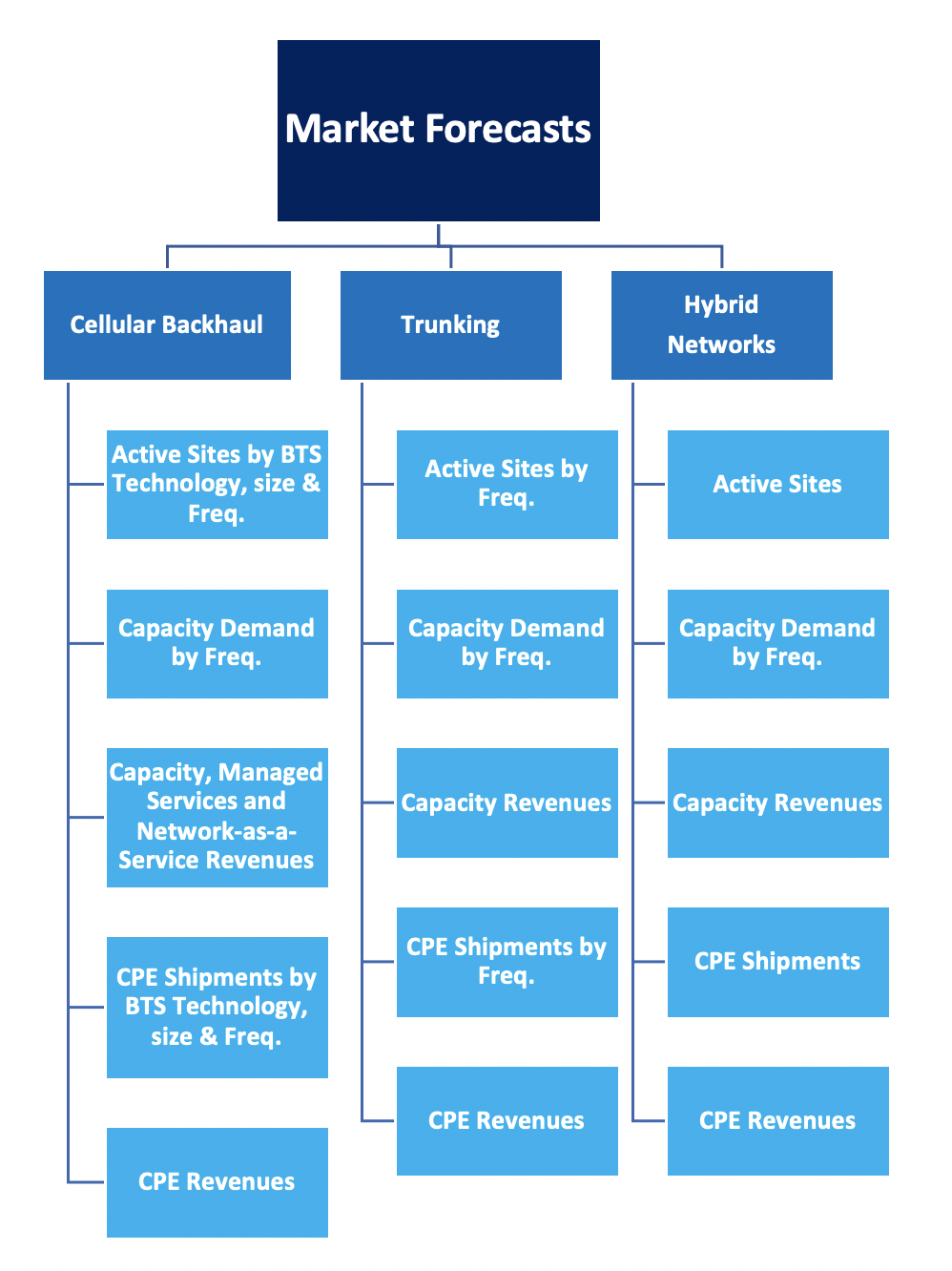 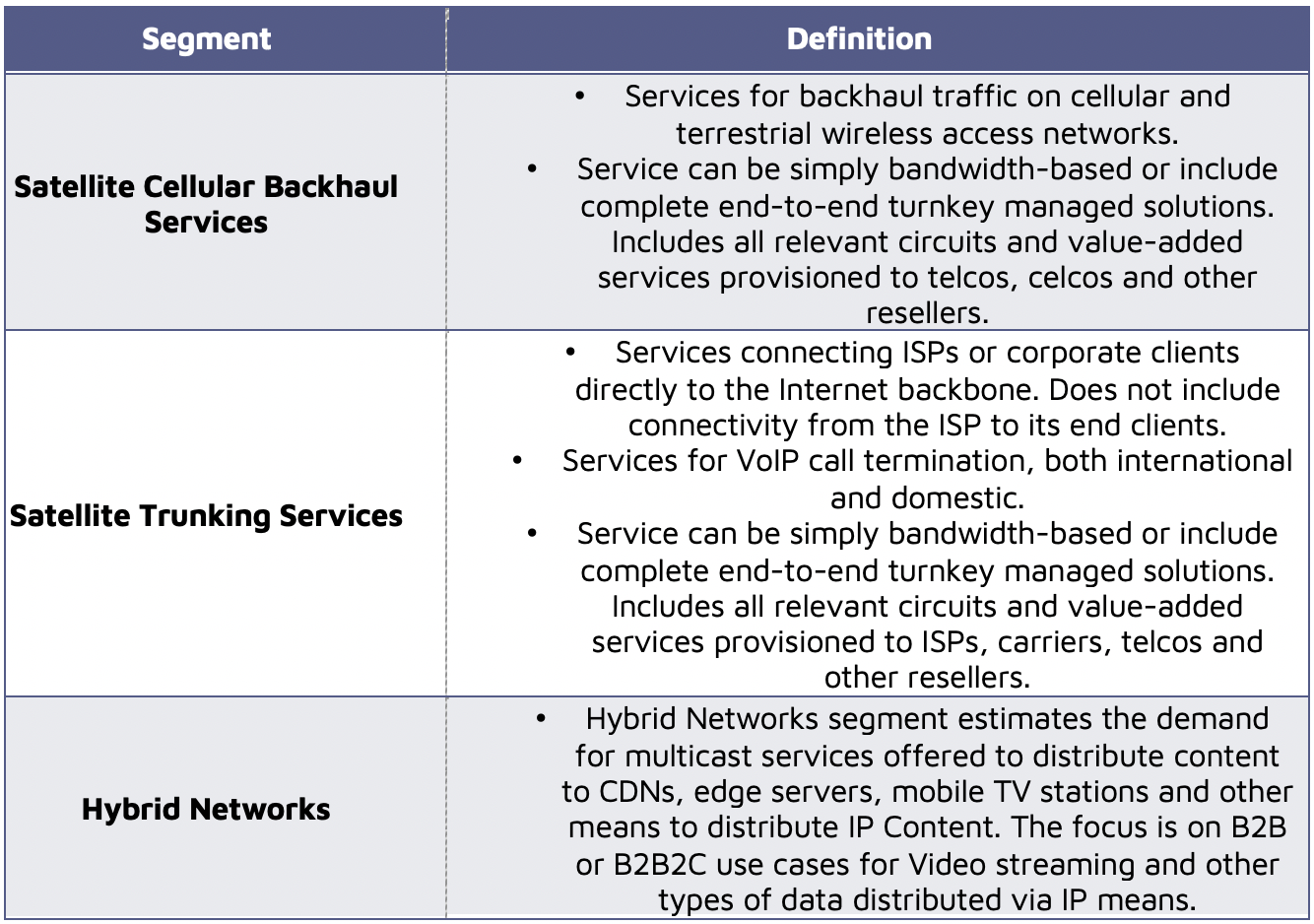 The core of NSR’s detailed market review is rooted in the bottom-up assessment and forecast of the installed base of Backhaul, Trunking and Hybrid Networks Sites in each of the seven different regions analyzed in this study. Following the installed base assessment, NSR then evaluates capacity demand in all frequencies and architectures, CPE shipments as well as the revenues generated.

WBS15 in the News