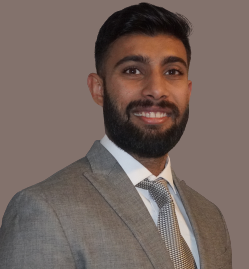 Mr. Hussain Bokhari began with NSR as an analyst in 2020. Mr. Bokhari comes to NSR from Satellite Canada Innovation Network where he worked as a Business Development Manager, conducting market assessments, strategic analyses, and commercial due diligence. Prior to Satellite Canada Innovation Network, Mr. Bokhari worked at Ryerson University as a project development officer, in student engagement, and as a systems engineer at their Ryerson University Space Systems.

Earning both his Bachelor’s and Master’s of Aerospace Engineering from Ryerson University in Toronto, specializing in systems engineering; Mr. Bokhari continued his education earning his certificate in Data Analytics, Big Data, and Predictive Analytics. Most recently, Mr. Bokhari completed the Interactive Space Program, at the International Space University (ISU-ISP20) where he worked on a recommendation report on how to prepare, prevent, monitor and mitigate COVID-19 and future pandemics by utilizing space assets and technologies.

During his time at Ryerson University, Mr. Bokhari had the opportunity to write mission launch procedures, as well as create system integration and operations protocols for launched satellites. He also worked on amateur rocketry while attending his education at Ryerson – launching sounding rockets, evaluating the status of the market of technologies necessary for satellite and launch mission.