Emergence of New Constellations Will More than Double Number of Satellites Deployed   Wilmington, DE – February 24, 2015 – NSR’s Satellite Manufacturing and Launch Services, 5th Edition, report, released today, projects that over 1,800 satellites weighing more than 50 kilograms will be ordered and launched over the next decade, generating $300 billion across global. 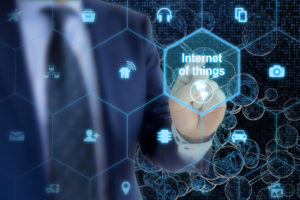 Big Data promises to revolutionize the way business is conducted… but can it also revolutionize the M2M and IoT via Satellite sector? This NSR webinar analyses the market opportunities for Big Data in M2M communications, explained how this differs from traditional M2M applications, and considered what benefits can be derived from this demand for satellite.

50% of Energy Market Revenue Gains from 2013 – 2024 to come via HTS-Connected Offerings   Wilmington, DE – February 2, 2015 – NSR’s Energy Markets via Satellite, 5th Edition report finds that although near-term challenges exist for some segments of the Energy market, the long term opportunities remain strong.  At over $3.8 Billion in.

Written by Kristen Grady on February 2, 2015