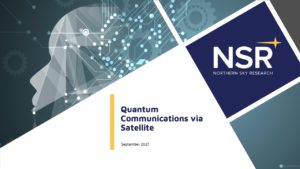 There are new satellites now emerging from major sat-builders and operators and described as “quantum” craft. They are best-identified as being ultra-flexible in their operation, and embracing high levels of security. Northern Sky Research (NSR) in its latest report says that the potential to deliver “unlimited” security will itself help drive revenues to $2.6 billion.

SMi Group reports: ahead of the 23rd Annual Global MilSatCom Confex in November 2021, SMi Group announces USA focused expert speakers for day two. As the world enters a new era of near-peer competition, it is widely accepted dogma that no nation will go to war alone. However, significant problems with C2 interoperability between allies. 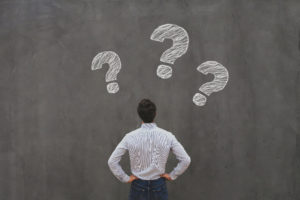 (How?) Can Maritime SATCOM Defy the “Verticalization Trend”

The recent $1.4B implied Enterprise Value of the Marlink transaction that was announced recently makes analysts like us at NSR pause – are there defensible corners of the satellite communications sectors that are immune from the on-going collapse of the value-chain by satellite operators? Can service providers survive the rapidly changing technology landscape of LEO.

Just published is NSR’s Quantum Communications via Satellite (QCvS) Report that finds the potential to deliver unlimited security boosting satellite-based quantum communications to a revenue opportunity of $2.6 billion by 2030. The segment is surpassing expectations, with global investments of $20 billion in quantum related technologies. Leveraging optical/laser terminals advancement towards its own growth, increased Optical adoption.