Wilmington, DE and London, UK – October 21, 2013 – NSR’s Satellite Operator Financial Analysis (SOFA), 3rd Edition, releasing tomorrow, found total revenues among all satellite operators increased by 2.2% in U.S. dollar terms from 2011 to 2012, with the combined revenues of all reporting operators boosted to US$11.39 billion in 2012. While the Big. 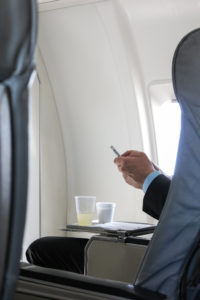 The In-Flight Connectivity Market: A Boom for the Satellite Industry?

This webinar provided an in-depth overview of demand for airline passenger connectivity, ISR missions and crew communication will shape the Aeronautical Satcom market. As the satellite industry gains ground in this emerging market, NSR projects close to 80,000 in-service units will drive revenues of $3.4 billion within the next decade. The Aeronautical Satcom market will.