NSR Report: Constellations to Drive Smallsat Markets through next Decade

Satellite-based Earth Observation (EO) is changing from an imagery-driven to insight-driven business. Until now, most satellite operators have been content with supplying imagery, while emerging downstream companies have begun unlocking the value behind the pixel, through Big Data analytics. However, satellite operators are beginning to shift focus. Last month, Planet completed “Mission 1”, to image. 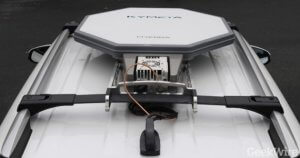 The Connected Car is a hot topic, with vehicles rapidly changing from internal combustion machines on wheels to computers on wheels. Connectivity requirements are increasing for the current generation of cars, and consumers expect greater levels of sophistication in the ‘digital car’ than ever before. With much of this connectivity currently served by cellular networks,.

Written by developer on December 7, 2017

Written by Kristen Grady on December 6, 2017