In theory, radar imagery for Earth Observation is far superior to optical. With imagery capable of capturing scenes at night and penetrating clouds, SAR overcomes many challenges inherent to imaging the Earth with passive optical sensors. It would seem that investors are banking on these capabilities for increased coverage and insights from SAR imagery given. 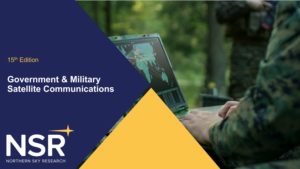 An NSR ANALYSIS: 2018 — A Year of Optimism in Government and Military SATCOM Markets

SatNews Article “A Year of Optimism in Government and Military SATCOM Markets” by NSR Principal Analyst, Brad Grady – With 2018 posting a net-positive gain in revenues over 2017, there are a lot of reasons to be optimistic about the prospects of this market, finally. Setting aside conversations around “Space Force,” or the unexpected allotment. 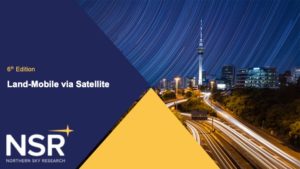 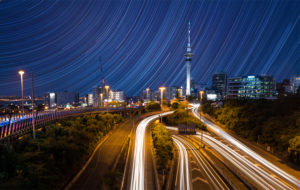