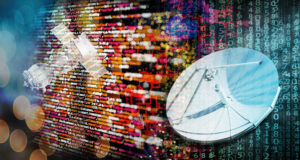 SatelliteProMe: A Sea Change in Connectivity

TelecomTV: Stars align for satellite IoT, but not everyone will enjoy a moment in the sun

Indeed, according to a forecast from Northern Sky Research (NSR), 3.7 million IoT devices will connect via satellite by 2027, a modest figure when you consider that around 30 billion IoT devices in total are expected to be online by the middle of the next decade. By 2027, NSR expects satellite IoT revenues to top.

Revenue generated from applications deriving value from EO imagery data are expected to grow at 30% CAGR from 2018 to 2028. “Across all use cases, we expect to see a shift in usage towards data analytics applications, driven in particular by increasing adoption of satellite imagery to meet end user business cases,”.

Global satcom capacity revenues continue to evolve at low single-digit rates scoring 2% growth last year. Obviously, data is becoming the star for revenue growth and operators with higher exposure to video and legacy FSS capacity are more prone to turbulence. But, in these transformative times in which raw capacity is commoditizing, operators must rethink.