The Space industry is progressively attracting more interest from the investment community — in fact, investment banks including Morgan Stanley, Goldman Sachs and Bank of America Merrill Lynch expect the Space industry to grow to more than $1 trillion by 2040. The big investors behind LEOs are well positioned to benefit from these second order.

Will LEOs Create a Trillion-Dollar Industry?

Space is increasingly enticing for investors. However, one must not be carried away by Silicon Valley dreamers and do a balanced analysis of the market opportunity. 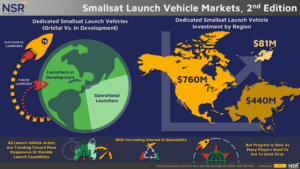 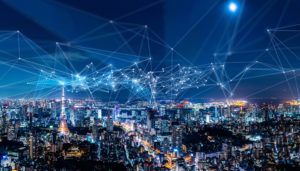 NSR: Satellite M2M/IoT a $11.6 Billion Market Over Next Decade

NSR’s M2M and IoT via Satellite, 10th Edition (M2M/IoT10) report, published today, forecasts $11.6 billion in revenues will be generated over the next 10 years. All M2M and IoT applications will grow, with total retail revenues to rise at 6.6% CAGR over the coming decade, with a 14% CAGR for in-service M2M/IoT units during this same period.   And, while significant attention is paid to emerging IoT smallsat constellations, NSR found MSS and VSAT offerings continue to play a solid role in the M2M/IoT growth story.

The Wall Street Journal: Drone Ambitions Soar to the Stratosphere

Research firm NSR said in a report last year that high-altitude aircraft, including using, a stratospheric drone, balloons and airships, could bring in $1.7 billion in revenue over the next decade, and estimated there were about 40 development programs under way. It said current efforts are better funded than previous attempts to commercialize stratospheric aircraft,.