Satcom Business Models in a 3.0 Era

NSR analyzed various fleet replenishment strategies in the year-end NSR’s article on Satcom 3.0 era, discussing relevance to operator per size and risk-taking ability starting in 2020. The growth patterns look quite different for operators falling between revenues of $100-$300M (low risk), $300M-$1B (medium risk) and finally greater than >$700M (high risk), and thus we began to inspect elements of business models that might be relevant to each category.

ShipInsight: Digitalisation not a one size for all solution says IEC

NSR’s report on the maritime satellite market, suggests that equipment manufacturers, fishing, and leisure markets can expect $42Bn in retail revenue between 2018 and 2028 as a direct result of satellite communications and connectivity technologies with VSAT-enabled and digitalised vessels growing from 20,000 in 2018 to over 75,000 by 2028.

It is not yet clear how the SpaceX Starlink constellation will price its service. Right now, geostationary bandwidth represents perhaps 0.6 percent of consumer internet access connections, according to Northern Sky Research. 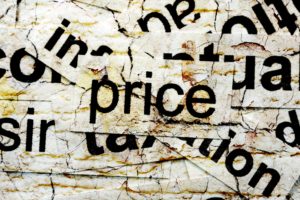 Fixed VSAT: When will Price Elasticity be Activated?

NSR expects promising opportunities in the fixed VSAT segment in its VSAT & Broadband Satellite, 18th Edition (VBSM18) report and stated the satellite industry is merely scratching the surface of opportunity with <1% service penetration for the consumer broadband vertical.

Room: Satellite-based IoT – the race is on

Discussing Satellite-based IoT, forecasts like those from Northern Sky Research (NSR) predict 30 billion IoT devices in total will be online by the middle of the next decade… NSR also estimates that the satcom IoT pie will have grown to US$5 billion by 2025.