Maritime Satcom: The Makings of an FPA Case Study

Flat panel antennas have great potential to expand the satcom addressable market but remain one of the least developed aspects of the industry. Despite high demand for low-profile solutions for certain applications, and several hundred million dollars of R&D spent to date without much results, FPAs are still struggling to carve their niche. Some verticals,. 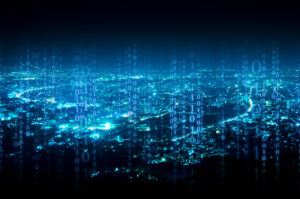 The state of play is clear: satellite capacity pricing continues to fall at an accelerated pace, and satellite operators are unable to generate sufficient additional demand, leading to revenue declines. Upcoming larger GEO-HTS systems, NGSO constellations and simply put, technology evolution, will continue driving prices down. In this context, (when) will demand elasticity reverse this.

State of the Satellite Industry – The NSR FSS Index

Much has been commented about the current state of the industry: capacity oversupply, declining capacity prices, a shift to service businesses to strengthen top-line revenue, partnerships with end-customers, and consolidation necessity to future-proof. After a careful study of the past few years, it is certain that most trends are true – reflecting operator strategies as.