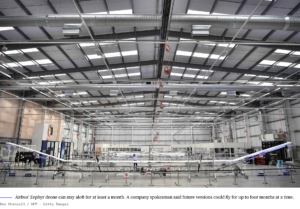 [NSR] sees military customers as the main market for the pseudo-satellite Zephyr drone in the near future. Spy cameras aboard a high-flying drone can take much more detailed reconnaissance images of the ground than satellites in orbit.

Late last year, Northern Sky Research released the 14th edition of its Government and Military Satellite Communications report. This annual report is the longest-running on the government & military satellite communications market, providing a much-anticipated view of the drivers, regional trends, and capacity demands of the market through 2026. Brad Grady spoke with SatCom Frontier in January of.

Maritime markets have long been labelled the ‘sleeping giant’ of mobility satcom. Not as driven as in-flight connectivity, nor as full of potential as the connected car, maritime in years past seemed quite content to stay on its slow and steady growth course. However, falling capacity prices, new form factors and possibilities from analytics as. 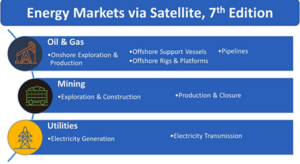 As digitalization continues to move across the O&G sector, new sources and production capacity continues to come online. “Big Data” and real-time data are fundamentally transforming the how of Oil & Gas exploration & production — pushing more bi-directional transfer of information from well to HQ.  With all of this data information, VSAT Broadband connectivity. 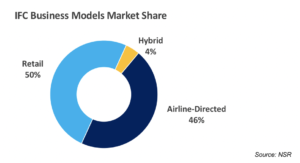 NSR’s Analysis Reveals that Airlines will Take IFC Controls. Despite the common notion that WiFi is free, there remain ‘havens’ where it is still a fee-based service. In-flight connectivity (IFC) is one such market, and recent news shows it will remain a paying service for many passengers as more airlines takes control over it. Directing.