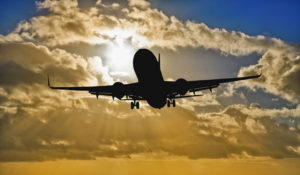 Despite the common notion that Wi-Fi is free, there remain ‘havens’ where it is still a fee-based service.  In-flight connectivity (IFC) is one such market, and recent news shows it will remain a paying service for many passengers as more airlines takes control over it. Directing connectivity and bandwidth services, with more freedom on setting.

As digitalization continues to move across the O&G sector, new sources and production capacity continues to come online.  “Big Data” and real-time data are fundamentally transforming the how of Oil & Gas exploration & production – pushing more bi-directional transfer of information from well to HQ.  With all of this data information, VSAT Broadband connectivity.

Will LEO-HTS Constellations Work for the Pacific?

The Asia Pacific is home to the largest population in the globe and thus represents the largest addressable market for satellite services. The region is also as diverse geographically, ranging from countries as large as China and India that need ubiquitous networks, to small island nations in the South Pacific where the deployment of terrestrial.

The Military segment has, historically, primarily been served by GEO satellites for execution of critical applications, including intelligence gathering, navigation and communication. GEO systems, by nature, offer the advantage of significant coverage via a single satellite, especially with the advent of GEO-HTS satellites. On the other hand, latency and significant CAPEX have always been limitations.

NSR’s Emerging Space Market Opportunity (ESMO) report explored global investment in players driving the development of new applications and approaches to the space industry. Most companies studied started small, delivering innovative products or ideas addressing an existing need or developing a new market niche. Except for a successful minority, most remain at the research and.