Home > The Bottom Line > A Messy and Chaotic Future for SATCOM

A Messy and Chaotic Future for SATCOM

One of the key takeaways from the Asia Pacific Satellite Communications Council’s (APSCC’s) conference panel Asia Satellite Operators: The Emergence of a New Dynamic in the Region was that the short to mid-term for Satcom will be stable, but the long term will be messy and chaotic. Such a statement would scare stakeholders and market players, particularly when the message is coming from the heart and soul of the Satcom industry; i.e., satellite operators that have been provisioning capacity and services to commercial, government and consumers for decades. Yet, the statement was actually welcomed by the industry’s movers and shakers as they take their companies from today’s relative stability to tomorrow’s chaos. Why?

First, what is and what will cause the chaos? A big part of the answer is the entrance of Non-GEOs into the picture that will add supply exponentially, drive prices down further, add competitive pressure and basically change the way the industry does business. For one, profitability in the case of Starlink and perhaps Kuiper that could leverage AWS, changes how the industry has been closing the business case. In fact, these two players may not close the business case at all in the traditional sense, which will then disrupt the industry’s economics. But one could argue that doesn’t make sense. Starlink and Kuiper are businesses after all, and businesses need to be profitable. So perhaps the time horizon to profitability will take longer as in the case with Starlink where Elon Musk’s Tesla recorded profits only after 18 years. With deep pockets and investors coming in without pause, the longer time horizon can certainly be supported. So, whether the business case doesn’t close or closes over a longer time frame, the industry will be disrupted and be as it were, at a state of chaos.

And this is how chaos looks like from a supply perspective. The industry has improved capacity in a relatively steady pace from 2005 to 2021. In 2022 or at least by the end of this year, capacity will increase exponentially driven by the launch of Starlink satellites. But the capacity story doesn’t end there. By 2030 or 8 short years away, total capacity on combined GEO and Non-GEO-HTS will reach 172 Tbps of capacity.

And what happens to price? Historically from 2017 to Q1 2022, rate cards have decreased at double-digit levels with the increase in supply. However, the scale by which prices dropped due to the supply addition from 2017-2022 is nowhere near the supply shock that’s coming.

Second, these Non-GEOs are changing the value chain by offering new services to telcos and other companies outside the industry’s traditional value chain. AT&T, T-Mobile, Verizon, Vodafone, Apple, Microsoft and other non-satellite companies are now in partnership with Non-GEO players, and this is just the beginning in a wave of partnerships and cross-investments that is bound to take place. In a way, satellite operators are beginning to craft and vet their “Starlink Strategy.” 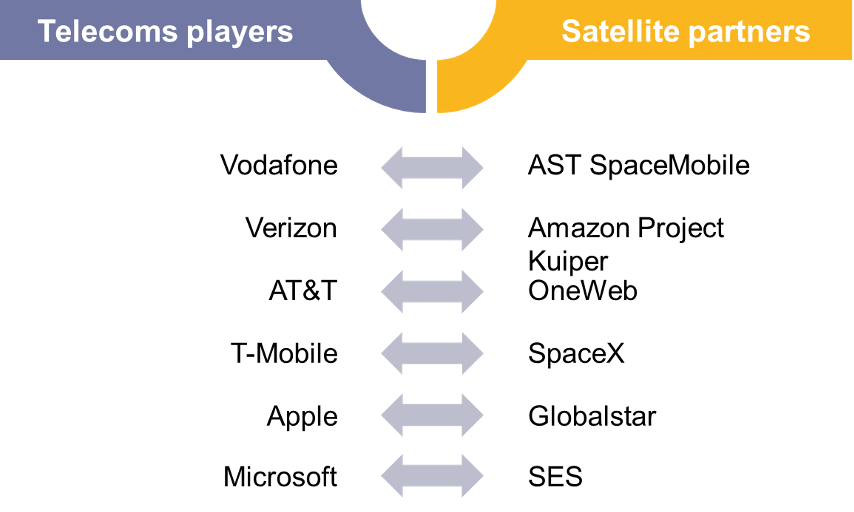 So back to our original question, why are stakeholders in the GEO camp in Asia welcoming the upcoming mess and chaos? Put simply, it’s a good thing. Chaos and mess will lead the GEO camp to innovate and re-invent itself and thus become competitive. The option of staying still will lead to their companies going bankrupt. Doing the same things will lead to decreased market shares and growth that will be in the low single-digit levels.

Having answered the “why,” the more important question is the “how?”  And here, the options are many. Satellite operators in GEO can:

The emerging landscape is inevitable and will continue to evolve at a rapid pace. For the Asian operators on the APSCC panel, namely APSTAR, Measat, PSN and Thaicom, for them the time to act is now. And in doing so, they see their companies looking very different in 8-10 years where although they will continue to offer satellite services, they may not be labeled as satellite companies any longer. Offerings will be more diverse, integration with telco networks will be solidified, and integration with terrestrial networks will be seamless. To survive and thrive, one needs to adopt and embrace the coming mess.