A Tale of Two Cities: Beijing vs. Washington’s Space Policy

Space is both a frontier to conquer and an arena where superpowers collide. The space economy has commercial implications that boost a country’s global standing as well as military interests that provide key strategic advantages. China has entered or has ushered in a new space race, pitting itself against the United States. How are the two contenders battling it out?

Simply put, China is planning and directing its space industry through state-sponsorship with the full backing of the government and its state-owned entities – the China Great Wall Industry Corporation (CGWIC) and the China Development Bank (CDB). At the core of this campaign is the ruling party’s 5-year plan, which sets specific goals for China’s aerospace industry.

China has also established space partnerships around the globe and Beijing appears to be stepping up its efforts within the “One Belt One Road” (OBOR) footprint as well as in other regions of the globe including Africa and Latin America.  Deals with Nigeria, Argentina, Bolivia, Brazil and Nicaragua (among others) feature projects that have largely been financed through direct investments by the Chinese government coursed through the CDB. Beijing reportedly covers up to 70% of the cost, and the partner country covers the remaining 30%.  In cases where the government cannot pay the 30% or financial payments are difficult, Beijing can be re-payed partially by oil exports as in the case of Venezuela.

In stark contrast, the United States believes in the free market and avoids heavy government backing. Washington does leverage the EX-IM Bank for financial support as well as NASA and DARPA for technology incubation and partnership building.  The current administration does plan to increase funding by encouraging public-private partnerships and the USG as a client is a tremendous boost to commercial entities.  For the most part, however, the U.S. relies on the commercial sector for satellite manufacturing and launch services. More importantly, it relies on the financial markets, private equity and other commercial investment instruments in developing, boosting and making its satellite, launch and space industries competitive.

On the one hand, the satellite, launch and space industries have thrived over the past 50 years via the free market approach. There is a solid track record of success in favor of U.S.-style or Western-style capitalism. Programs that do fail via bankruptcy or projects that simply do not get off the ground due to investors not backing the ventures financially, can once again be credited to the wisdom of the marketplace.

On the other hand, when we look at the number of satellites ordered in the recent past coupled with the revenue performance of the “Big Four” satellite operators, there seems to be something happening in the free market, and it’s not looking good. 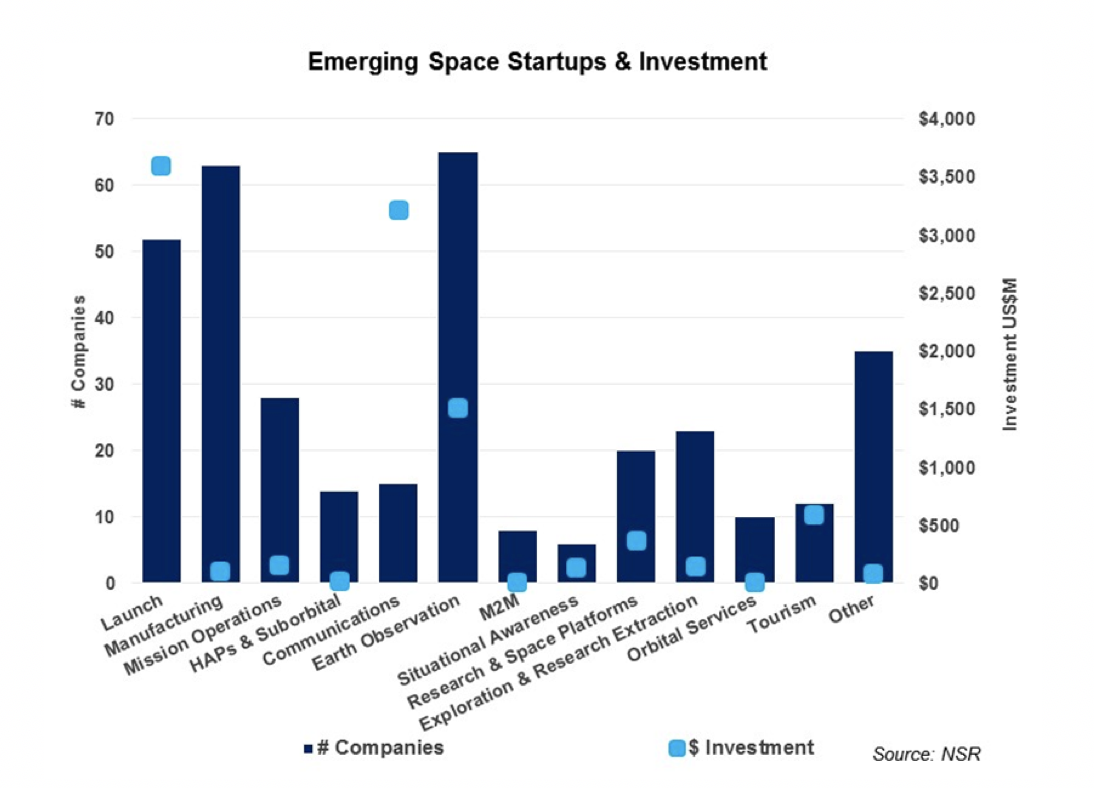 It’s all a bit concerning but not yet time to push the panic button.  Indeed, the commercial industry in the West is alive and well given the number of companies engaged in “New Space” and the level of funding that these companies have received.  One can argue that the space industry may be in transition where large GEO satellite orders from the “Big Four” are transitioning to smaller start-ups that are ordering smaller satellites for specific use cases and for new market offerings that have not existed over the past 50 years (tourism and orbital services for example).

But questions and the way forward have to be considered if the U.S. and other Western nations hope to remain competitive and pertinent within the industry they built.  The obvious questions are:

Picking winners within the space industry (or any industry for that matter) is a tricky thing. Judging which system to pick winners – state-sponsored, free market or a combination of both – is the right one is trickier still. The last space race between the U.S. and Russia provides hindsight; however, the conditions and dynamics were different compared to today’s campaign.

The jury is still out on whether Chinese-style go-to-market strategies will be successful and only time will tell if their strategy proves to be better than that of the West.  In 20 years, we will know who won the new space race that emerged today by the number of satellites “owned” by the Chinese and the West, who got to Mars first, who’s mining the moon and other tangible benchmarks.

The industry or governments in the West today need to respond and not just react to Beijing’s initiatives as the free market may not be able to withstand the onslaught that will surely be coming from Beijing, the CGWIC and the CDB.