Consumer Broadband has emerged as a “killer app” for the satellite industry with millions of subscribers to be added around the globe in the coming years. Much criticism has been posed over the sustainability of the model and how mobile operators might turn to be a major threat given its competing broadband products. However, the truth is these are complementary (rather than competing) offers, and satcom has a terrific opportunity to reach mass broadband markets both directly and via Cellular Backhaul. 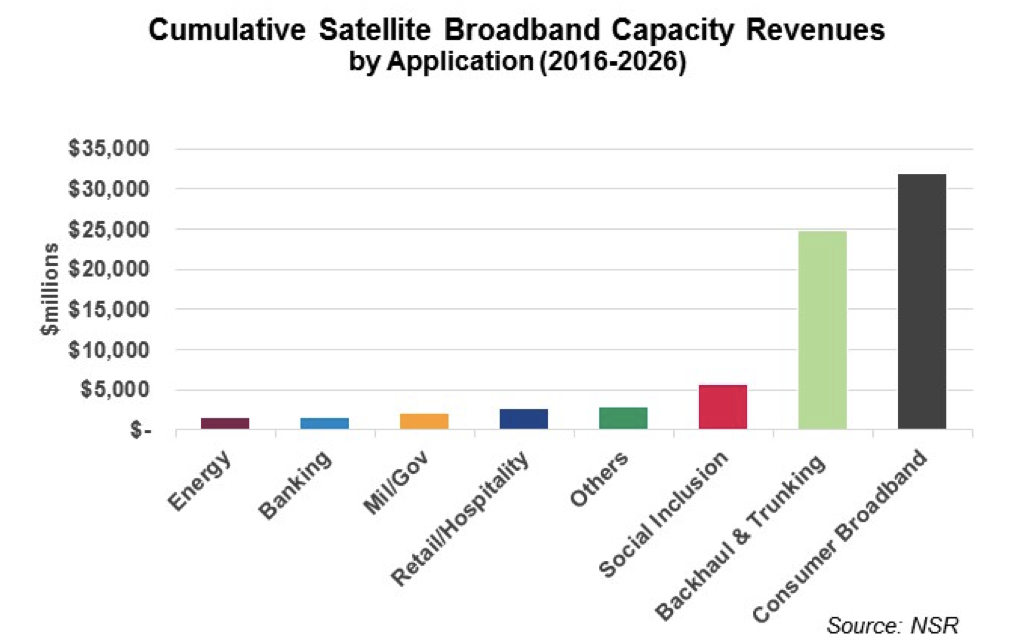 Satellite is finally capturing a portion of the massive growth in global IP traffic due to the arrival of HTS. Consumer Broadband and Backhaul & Trunking verticals will generate the largest opportunities for Fixed Enterprise VSAT segments. According to NSR’s VSAT and Broadband Satellite Markets, 16th Edition Report, Backhaul and Consumer Broadband combined will generate $56.7 billion in 2016-2026 cumulative capacity revenues generating 9 of every 10 new dollars in capacity revenues.

Mobile presents very low entry costs and can offer competitive packages in the low range of the spectrum. However, for larger data consumption, satellite is generally more cost effective. Mobile might be a real alternative for the entry-level customers but, for the market that Satellite Consumer Broadband targets, mobile is not a critical threat. 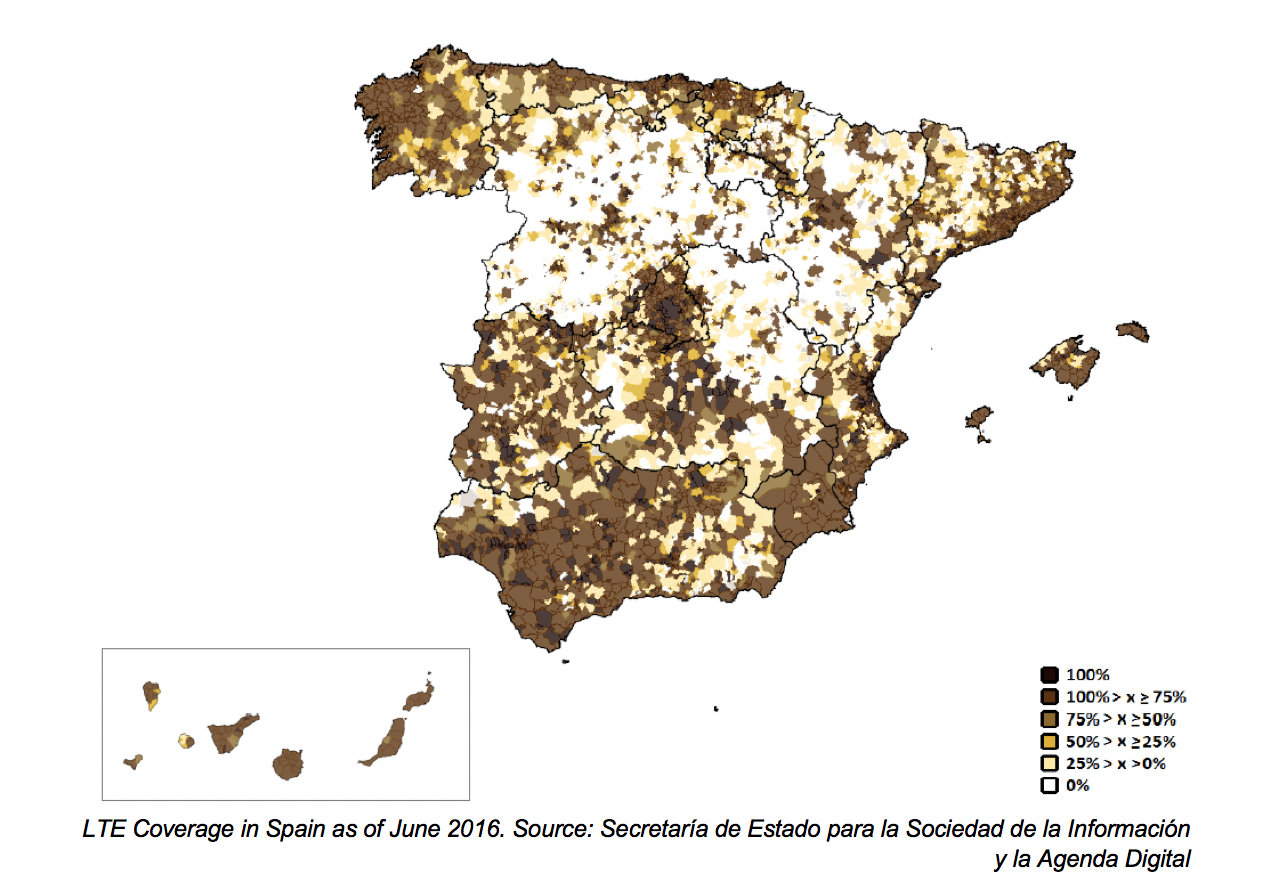 Fixed-wireless networks do present a greater competitive threat. However, one must bear in mind that coverage is still poor in rural areas, where the biggest market for satellite is located. 5G will boost the performance of these fixed-wireless networks, but that will come at the expense of using higher-frequency bands, which do not have the reach to pose a threat for satcom in rural areas. 4G coverage seems to hit a wall at coverage levels around 95% of households even in industrialized countries. That still leaves a massive addressable market for satellite.

In emerging markets, mobile is becoming the de facto way to get connected by ample sectors of the population. In many countries, mobile phones are even more common than access to electricity. MNOs have the reach and the retail power to get to mass markets. At the same time, they have the investment drive and the economies of scale to minimize the entry cost to the service. However, backbone reach is limited, hindering the expansion of broadband services. Here is where satcom should jump in and work symbiotically with Mobile Operators to grow both industries in parallel. 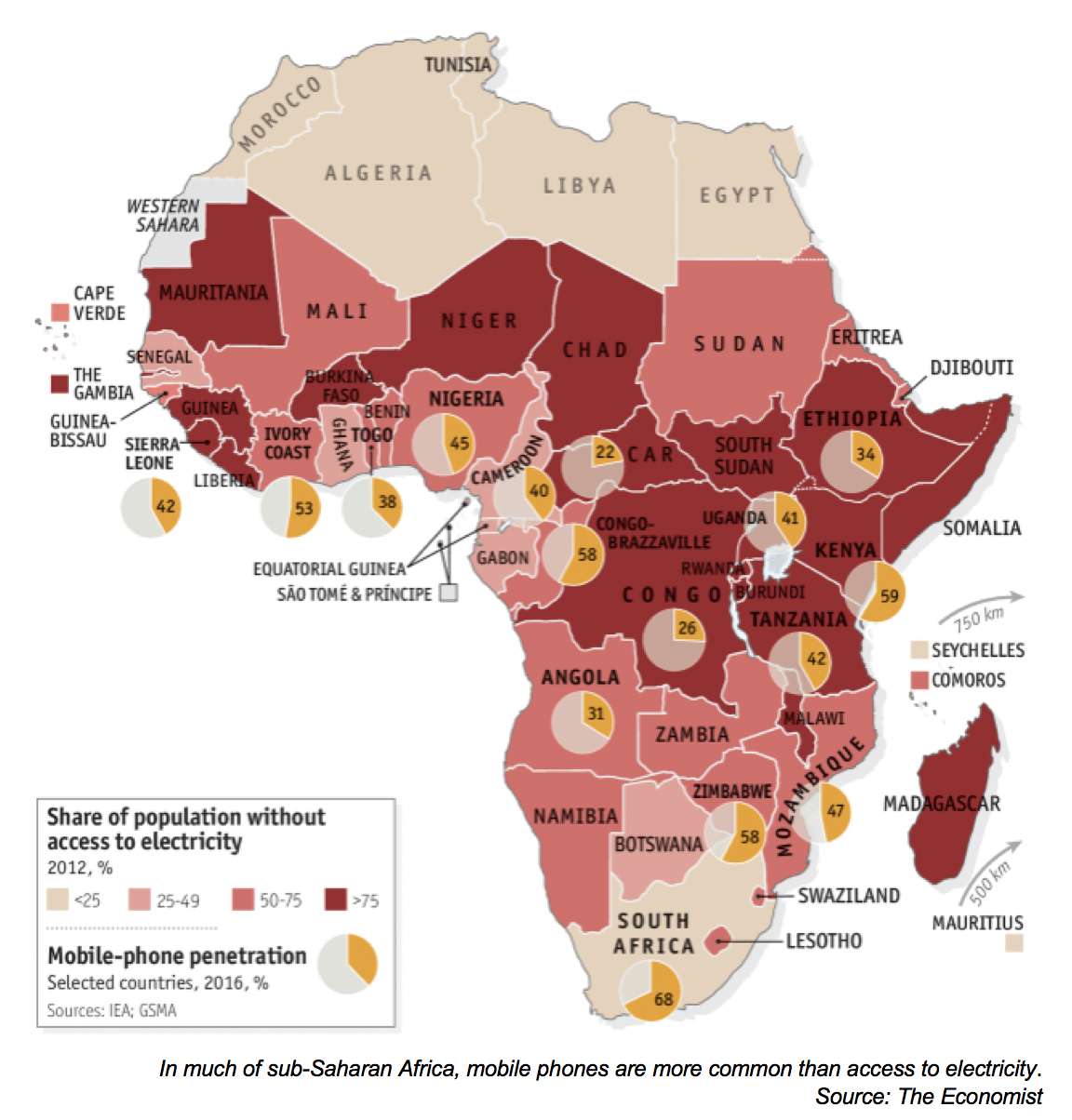 Again, that does not mean Consumer Broadband will be unsuccessful in emerging markets as satellite direct offers to consumers and mobile are targeting different market segments. In emerging markets, there are large pockets of demand from high-end customers desperate for connectivity. Given the limited reach of fast-speed networks, even distant neighborhoods in big cities where wealthy families reside are a real target for Satellite Broadband. HughesNet has recently demonstrated in Brazil the potential for Consumer Broadband in emerging countries by securing tens of thousands of subscribers in less than a year at ARPU levels superior to those in North America.

Mobile Operators are facing their own challenges. Revenue growth is slowing down with developed markets reaching saturation and expansion of coverage stagnating in emerging economies. Risk aversion is growing, and the mobile industry is scaling down investments in fiber expansion. In parallel, operators are re-focusing on core services externalizing network management. These trends open a fantastic opportunity for the satellite industry that can help continue expanding network coverage (and revenues) at low CAPEX investments while capturing greater value from Mobile Operators offering end-to-end solutions.

Many segments of the investment community and even from within the satellite industry question the potential for Satellite Consumer Broadband, fearing competition from Mobile Operators. But the truth is these are complementary markets that can work together to enhance performance for both industries.

Satellite Broadband should focus on rural connectivity and on high-end customers in emerging markets to stay protected from the competition of ground alternatives.

Combining the reach of mobile operators with the new capabilities in satcom, Mobile Broadband networks can continue expanding and densifying expanding the revenue potential for both industries.