The rise of Space 2.0 is embodied by the large-scale use of nanosatellite constellations, packaged in an agile aerospace model to challenge the traditional practice of developing large satellites. At the heart of this model lays the principle of learning and developing satellites, “On-The-Job”.  With Planet recently launching 48 Doves on the Soyuz rocket, the question is whether Planet’s Dove constellation is agile or fragile?

Planet and many others are leveraging manufacturing agility over satellite design life, and have sold investors the idea of developing constellations with dispensable satellites. Terms such as “low-cost satellites” or “shoe box satellites” are being promoted with little emphasis on questions such as, Is the satellite design life of 2-3 years realistic? What are the revenue opportunities? And, how expensive will these low-cost satellites be in the long run of constellation replenishment?

Now that Planet’s Dove constellation has been fully assembled, it is time to see if their agile, persistent model will be worth the investment and provide the returns necessary to justify the newspace paradigm. NSR’s analysis of the Dove constellation suggests that approximately 10% of Dove satellites do not adhere to the officially stated 2-3-year design life, costing Planet > $9 Million in capital. The lower design life also has implications on the constellation replenishment cost. By NSR’s estimates, Planet would require $97 Million in capital between 2018 and 2022 to replenish its constellation. 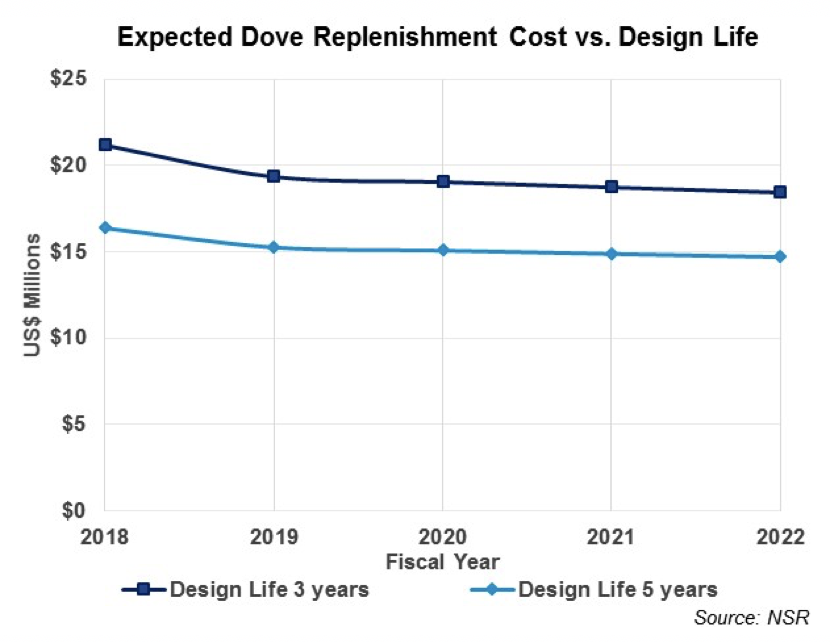 Although Dove satellites are designed and manufactured less expensively than the traditional, largesat model, it is the launch cost that dominates the CAPEX, where the cost of a greater satellite design life can be distributed over a larger span of time. NSR estimates that a 5-year life span would reduce the overall constellation replenishment cost by $20 Million.

How Does the Market Look?

In NSR’s Satellite-based Earth Observation, 8th Edition report, the Medium-Resolution market is expected to plunge with a CAGR of -6.9% between 2015 and 2025.  The price of imaging products such as Data, Information Products (IP), and Value-Added Services (VAS) are also forecasted to drop, given the rising competition across the Earth Observation (EO) market, with new and traditional players leveraging both revisit rate and resolution. These market conditions would further delay the Pay Back Period (PBP) while reducing the Returns on Investment (RoI) for the Medium-Resolution (MR) Dove constellation. 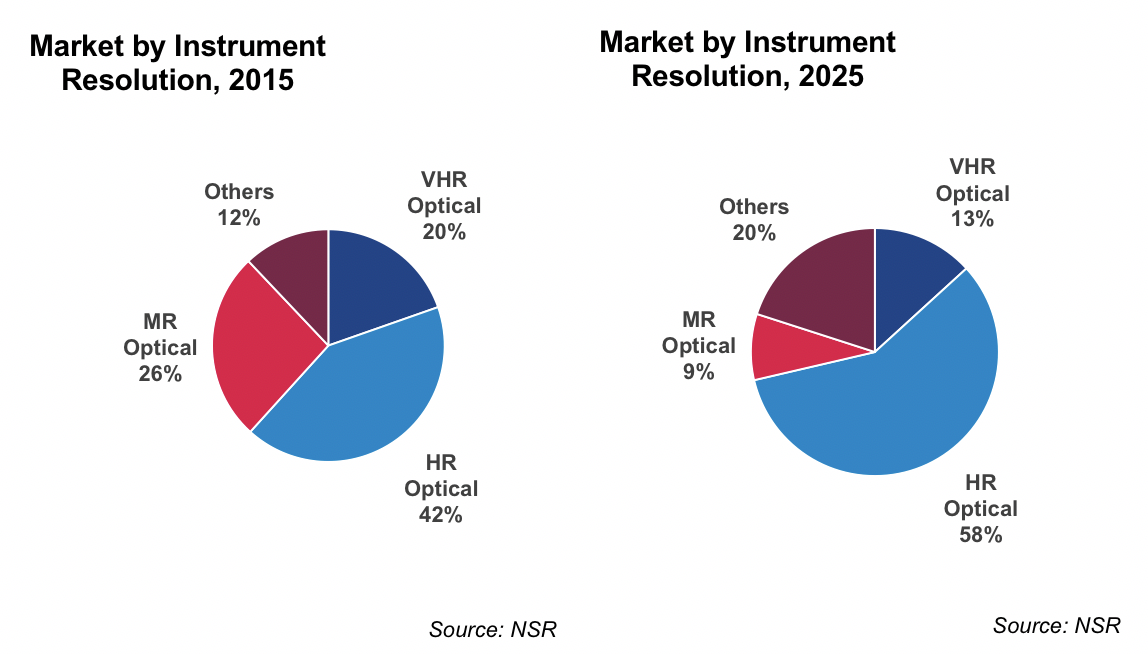 Furthermore, Dove’s design has been iterated several times since 2013, yet these have not delivered a revenue oriented change in terms of resolution, or design life. Nevertheless, Planet has diversified its products and moved into a more lucrative and growing market by acquiring TerraBella, and its arsenal of High-Resolution (HR) SkySats. This movement should counter some of the revenue issues brought along by the Dove constellation.

Additionally, Planet’s focus on downstream applications, such as the  software and API side of their business, should also help counter these costs. However, it is the aerospace side that is concerning, as it is highly cost-intensive and demands constant capital expenditure.

A single Dove satellite is surely low-cost, and many of them may provide the persistence so sought-after in the EO space, but a constellation requires replenishment. The more agile, shorter satellite life span proposed by Planet and others only makes sense if each new cycle of replenishment brings online not only more satellites, but improved features, services, and payloads. Otherwise, revenue potential stagnates, replenishment costs grow, and the more agile system only proves to be more fragile.