Satellite Backhaul has historically relied heavily on coverage obligations to attract demand. Consequently, regulators were the primary driver for demand in this vertical. However, if satcom is to capture the massive opportunities in this vertical while bridging the digital divide, it should be able to serve commercially-driven sites. In this new paradigm, legacy regulations and excessive protectionism is setting tremendous barriers and, in many occasions, raising costs to uneconomical levels. 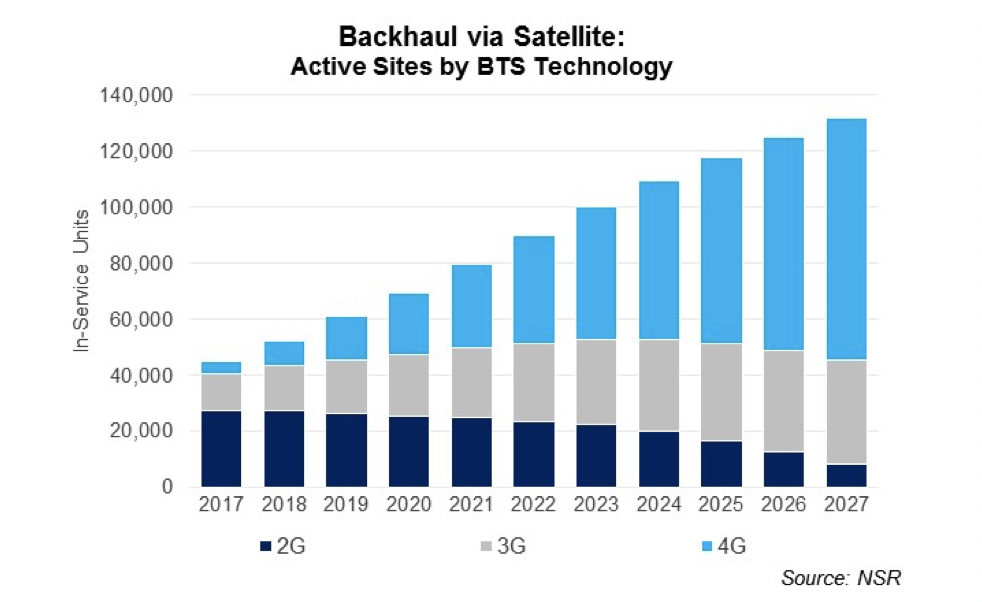 Cellular Backhaul over satellite is a key enabling tool for bridging the coverage gap that leaves 1 in 6 people outside any mobile coverage. According to NSR’S Wireless Backhaul via Satellite, 12th Edition report, satellite will serve over 130,000 mobile base stations by 2027. Or put in another way, 100s of millions of todays’ unconnected will rely on satcom to reach the Internet. Regulators should acknowledge the potential of satellite to bridge the digital divide and, consequently, create a favorable environment to facilitate development of this market.

Satellite has been traditionally used by mobile operators to serve the most remote sites to meet the coverage obligations set by regulators during licensing or spectrum auction processes. Most commonly, these are 2G sites consuming relatively small amounts of bandwidth. Consequently, satellite capacity cost was a controlled element from the mobile operator’s point of view as other fronts such as construction and operations of the tower at very remote locations contributed significantly to the Total Cost of Ownership (TCO). In this scenario, Satellite Operators were able to enjoy generous margins on the capacity sold as MNOs had no other alternative, and the incentives for them to put pressure on pricing was scarce. Regulators used to be the best allies for the satcom industry as the level of demand was mostly dictated by USO obligations.

However, internal pressures and technology evolution in the satellite industry have led to drastic readjustments in price levels. Regulatory-driven deployments are no longer enough to sustain growth, and the industry needs to activate commercially-driven projects to participate in the boom in IP-related market growth. Now, satellite needs to be much more price efficient, and regulations are many times a barrier for market development.

Satellite has done a tremendous job in increasing its competitiveness in this vertical with innovative technologies both in space and on the ground. However, it still encounters important barriers in multiple fronts. Some of the biggest markets for Cellular Backhaul over satellite present very stringent regulations. China is essentially a closed market, India presents very rigid conditions for international actors, and many other countries in regions such as Africa or Southeast Asia have tough conditions like the requirement to land traffic locally. Given the new HTS architectures, many times with pre-defined gateway beams, this condition lures away the cost benefits of the new generation of satellites.

Running a use case scenario with 50 sites and a bandwidth consumption of 3 Mbps per site (industry standard for a 3G network) and comparing a fully managed service (bandwidth fully managed from the HTS gateway) with an In-country gateway (needs to develop a local landing spot with HUB, antenna, network management team, etc.), one easily finds the extra cost generated when this kind of requirements are in place. Furthermore, developing the capabilities to run this kind of network, finding the talent, etc. are not easy tasks. Many of the new HTS satellites are not even able to support this kind of network as the entire traffic needs to pass through one of its predefined gateways. 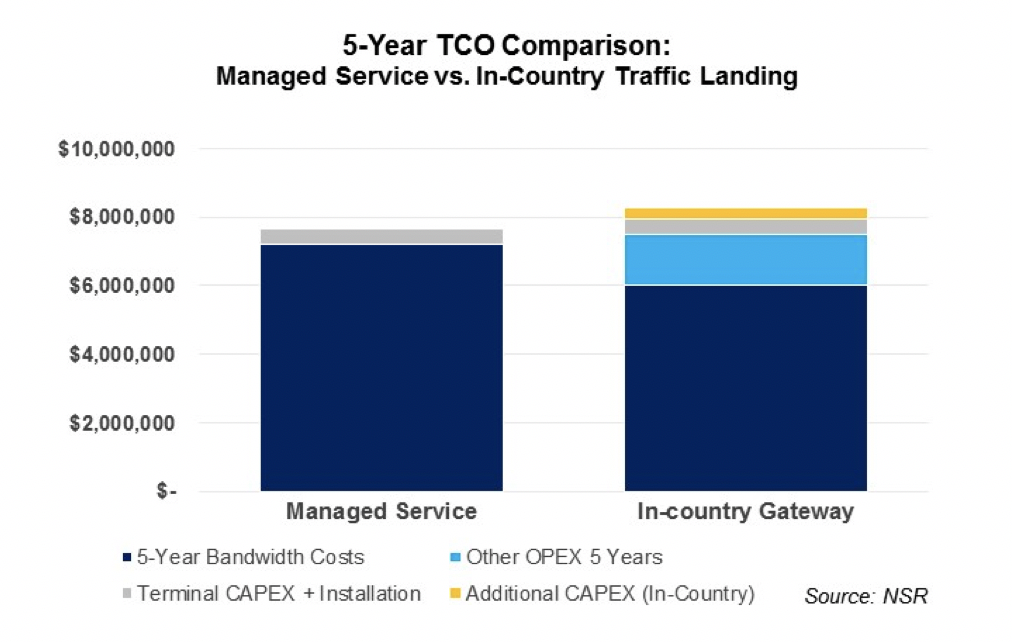 Not all Capacity is Equal

In view of these requirements and with an eye on this growing vertical, some satellite operators are deploying HTS systems that have greater flexibility to support in-country landing of traffic. This is the case for Intelsat’s EPIC with its digital payload supporting any beam to any beam communications. Others like Avanti are designing and setting up In-Country gateways in key markets like Nigeria.

In order to respond to these requirements, equipment vendors are also adapting their offer with a range of low-CAPEX baseband equipment. Some like UHP are even going one step further, offering remote cloud-based network management systems for in-country networks.

The satellite industry has progressed in becoming a competitive solution in the Cellular Backhaul ecosystem. However, there are still multiple barriers somehow outside the control of the industry, ranging from awareness, perception and the regulatory ecosystem.

Regulators have long been allies driving demand for the satcom industry in the form of USO requirements and coverage obligations. However, in this new business environment in which satellite wants to play a bigger role in commercially-driven deployments, some aspects of the regulatory ecosystem are dragging industry growth.

Some actors are adapting to the legal requirements to serve the backhaul market gaining an advantage in the form of customized capacity with traffic landing flexibility.