Home > The Bottom Line > Smallcells and Satellites: It’s a Match!

Smallcells and Satellites: It’s a Match!

With recent declines in satellite capacity pricing, Satellite Backhaul became a real alternative for MNO rural deployments. However, CAPEX involved in the cell tower, primarily designed for urban areas with a dense distribution of subscribers, limited the market opportunity to relatively large population agglomerations. With the emergence of Smallcells, it is now possible to close the business case even when there is a small number of subscribers to be captured. This means the addressable market for satcom is expanding significantly in covering small remote villages. 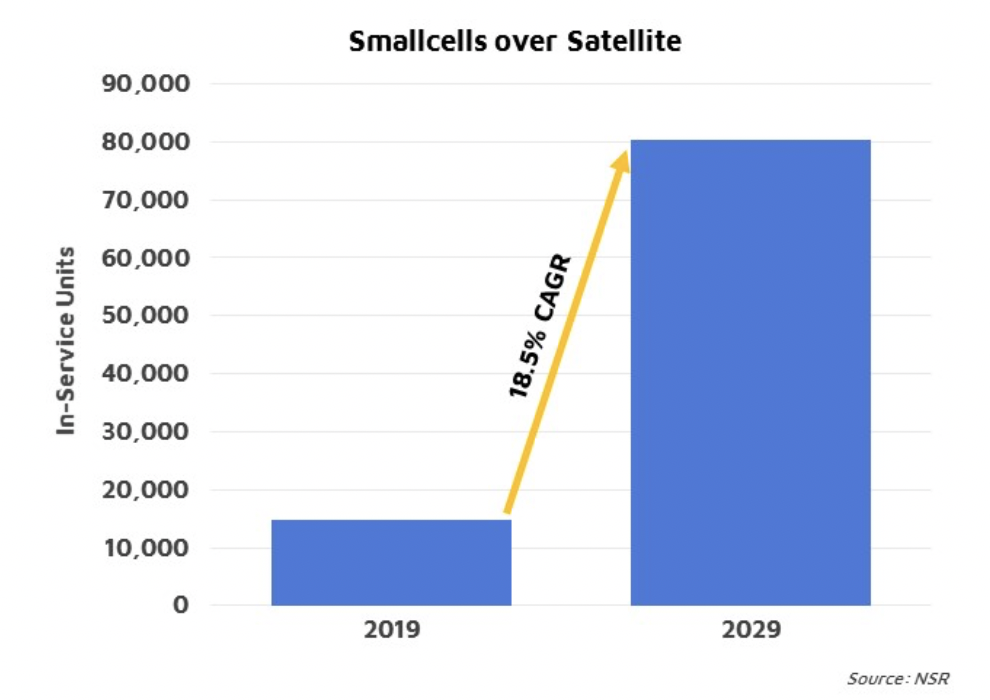 Smallcells are still a thin contributor to the Satellite Backhaul market, attracting very specific deployments in Asia. However, this will rapidly change as a rich ecosystem is taking shape as some regions (particularly Africa and Latin America) have recently seen high levels of interest. As reflected in NSR’s Wireless Backhaul via Satellite, 14th Edition report, the installed base of Smallcells will surpass 80,000 sites by 2029.

CAPEX for mainstream Macrocell Base stations was a major barrier for connecting ultra-rural locations. The initial investment involved in deploying those sites is typically in the 100k-150k USD range (cell, tower, energy, backhaul equipment, etc.). However, a new generation of base stations, optimized for serving smaller populations, has decreased the initial investment to the 10k-30k USD range. 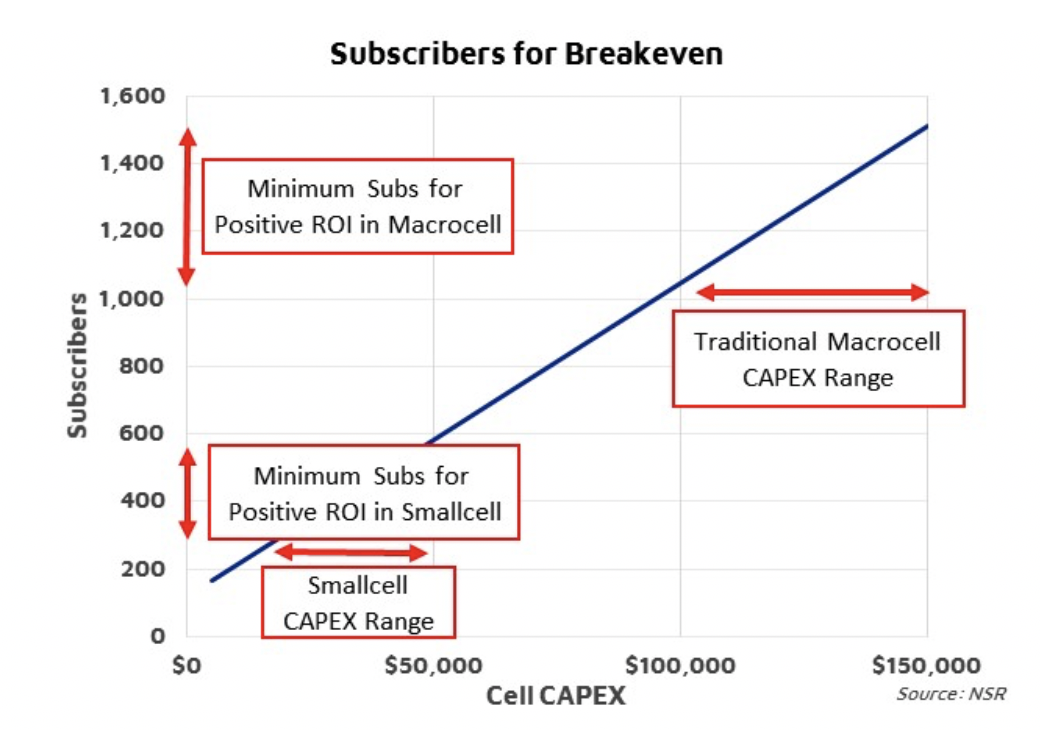 Assuming values for ARPU of 3 USD/sub/month, a satellite capacity cost of 300 USD/Mbps/month and a bandwidth allocation of 4 Kbps/sub (average values for a 3G subscriber in an emerging market), one could infer the minimum number of subscribers needed to close the business case for a Macrocell vs Smallcell deployment. Smallcells can generate positive returns attracting as low as 300 subscribers, which make them an optimal solution for ultra-rural deployments.

The emergence of Smallcells is rapidly expanding the addressable market for Satellite Backhaul. Ultra-rural locations are a natural fit for satellite deployments. However, many of these remote villages are usually small. In many cases, it is difficult for MNOs to close the business case in villages under 10k inhabitants with traditional Macrocells. Low ARPUs, small market penetration (due to factors like affordability, Smartphone availability or digital skills) and competition make it difficult to amortize the initial investment in a Macrocell.

This is rapidly changing with the adoption of Smallcells. There are now many successful examples of networks being deployed in ultra-rural villages of 1k-2k inhabitants creating opportunities in areas previously uneconomical for satellite and MNOs to address. With this new market condition, NSR estimates the total addressable market for Satellite Backhaul globally to be 587K sites.

The core business from MNOs is obviously in urban areas where operations are streamlined. However, MNOs also see the value in extending coverage into ultra-rural locations as competition and market saturation begin to challenge ROI and other financial metrics in these traditional battleground markets. To minimize risk, MNOs are willing to outsource a big portion of their operations in these non-traditional ultra-rural locations. Consequently, new business models are emerging, ranging from managed services, infrastructure leases or even end-to-end offers with revenue sharing schemes between the integrator and the MNO.

Given the large addressable market opportunity, what was once a market driven by startup Smallcell vendors like NuRAN, Parallel Wireless or IP.ACCESS and integrators like AMN, is now rapidly attracting the interest of big equipment providers like Huawei’s RuralStar, Ericsson’s Psi or Nokia’s Kuha. Even Towercos that traditionally focused in passive elements for urban areas are beginning to understand the size of the opportunity and are penetrating the market. With some large projects in the pipeline like Telefonica’s Internet para Todos, MTN’s push to cover ultra-rural sites or Orange’s intention to improve coverage in Africa, NSR projects exponential growth in the installed base of Smallcells.

Technology and market dynamics are aligning to accelerate growth in Satellite Backhaul. The recent declines in satellite capacity pricing and performance enhancements in the ground segment are matched with the emergence of Smallcells that facilitate the deployment of connectivity in rural areas. MNOs will leverage this to capture new sources of revenues in what can be considered non-traditional or non-battleground market…at least for now.

With much lower CAPEX involved, Smallcells can close the business case attracting as low as 300 subscribers compared with 1,000+ for Macrocells, making this relatively new offering an optimal solution for ultra-rural deployments. The significant expansion of the addressable market for Satellite Backhaul and MNOs will inevitably lead to higher competition but also to a significant narrowing of the digital gap that has pervaded for decades between urban and rural dwellers.

While still in the early phases, the market for rural Smallcells over satellite is growing rapidly, and NSR expects continued double-digit growth over the next decade.