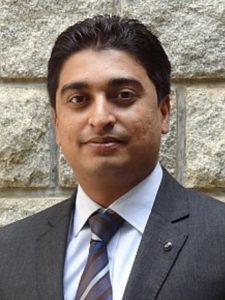 Mr. Prasad has been involved in the Space Industry since 2010, he began Consulting for NSR in 2019. Prior to his Consulting work with NSR, he was leading the Frost & Sullivan Space Research Program as Industry Principal. At Frost & Sullivan, he has authored reports on market research topics encompassing Small-satellites, Mega-constellations, Enterprise broadband & Satellite Communication market and has led multiple client-centric consulting assignments including the UK Space Agency Spaceport business model.

Mr. Prasad is an ex-ISRO (Indian Space Research Organization) scientist and has worked in the System Integration Group of ISRO Satellite Centre Bangalore for 7 years (2010-2017). His responsibilities included Satellite Configuration studies, System Integration, Mass properties management, Launch interface studies, and Project Management. During his tenure at ISRO, he has worked on seven satellite projects including SARAL: An Indo-French Satellite and ASTROSAT: India’s first dedicated astronomy satellite. He was also a core team member responsible for the design and development of ISRO’s first Nano-satellite platform, INS-1A & INS-1B.