Asia is undoubtedly one of the fastest growing regions for satellite communications. Raw market potential is massive combining poor terrestrial coverage, difficult geographies and buoying economies. Many players, both local and international, are looking to capture opportunities in the region as markets continue to be under-penetrated. Yet, there are significant roadblocks and hurdles that have to be addressed and navigated carefully. What are the challenges restraining satcom scalability in Asia ? 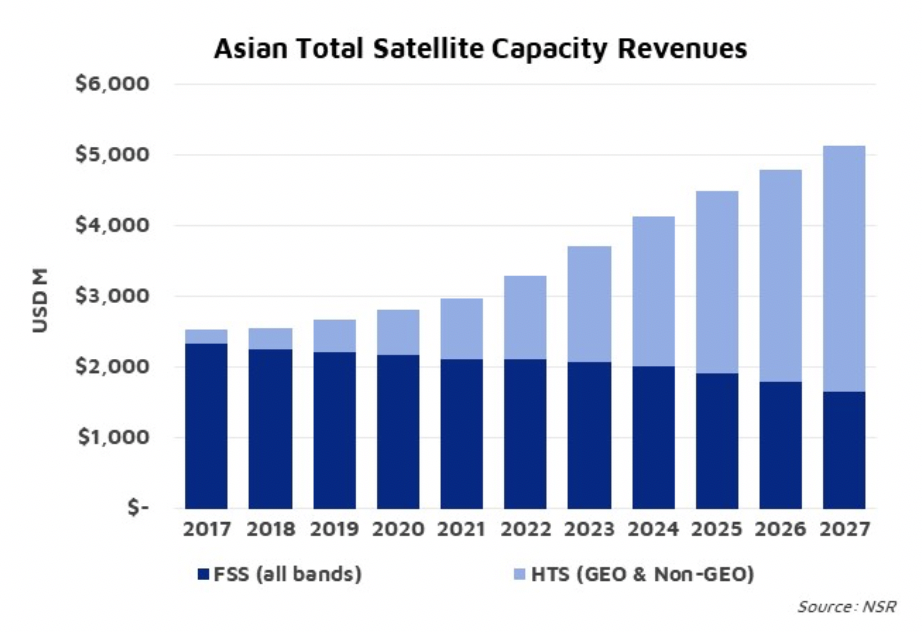 According to NSR’s Global Satellite Capacity Supply and Demand, 15th Edition report, Asian satellite capacity revenues will grow by $2.6 billion in the next 10 years, 0.5 percentage points faster than the global average. 5 of the top 10 countries in terms of unconnected population are in Asia and, as connectivity in its various forms replaces video as the growth engine for satcom, Asia will become the center of industry attention. However, factors such as market fragmentation or an unfriendly regulatory environment drag progress.

The potential of the Asian market is extraordinary. Based on the analysis developed in NSR’s Wireless Backhaul via Satellite, 12th Edition report, the estimated addressable market for Cellular Backhaul in the region is over 325k sites. Being home to 2.6 billion unconnected people (62% of the global total), the opportunities for satcom to capture growth, either with a direct Consumer Broadband offer or partnering with Mobile Operators, are significant. Similarly, mobility will be another major driver. One only needs to look into the prospects from major aircraft manufacturers, Airbus expects 15,640 new deliveries (42% of global share) of >100 seats aircrafts to be generated from Asia-Pacific.

Even verticals that struggle at a global level still present growth opportunities in Asia. This is the case for example for DTH, where the region still generates new opportunities such as the recent lease of capacity on Koreasat-5A by Mongolian DDish TV. Despite this extraordinary market potential, there are key factors hindering the scalability of business models.

The Asian market is highly contested. Zooming into the Southeast Asian region, one finds up to 9 actors with market share of leased widebeam capacity upwards of 5% and numerous smaller players trying to gain a bigger share of the pie. This competitive dynamic will be exacerbated further as regional actors try to penetrate new countries, international operators like RSCC expand into the region, new entrants including Kacific develop their businesses and new pridesats like Bangabandhu-1 are launched. Chinese push to export satellite technologies will certainly not help alleviate this pressure. Multiple actors expressed interest in growing inorganically but national interests are usually insurmountable barriers for consolidation. 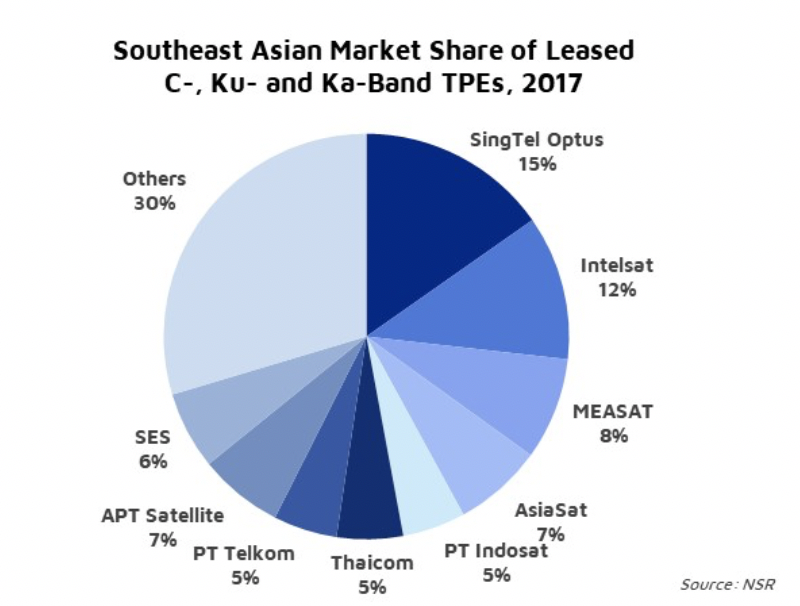 To add another layer of complexity, regulators in the region usually take a protectionist approach, and it is very hard to get landing rights in many of the markets. The IPStar experience illustrates that very well having invested many years in getting the approval for each market under its coverage. Local landing of traffic is a common requirement among regulators that directly adds to a significant amount of CAPEX to any program, which then makes it more difficult to generate return on investment. As such, all these factors made regional operators take a very cautious approach when adopting HTS.

Lagging Behind in the Shift to HTS

Despite Asia having pioneered HTS with IPStar, the ecosystem is now lagging behind other regions. While other emerging markets such as Latin America or Africa have witnessed the development of multiple HTS programs, Asia only has a modest level of HTS capacity. In a business model where scale is crucial to obtain better economies, the barriers found by satellite operators make them very conservative in adopting HTS.

Some countries in the region might have levels of demand sufficiently large to justify a dedicated program such as ChinaSat-16, GSAT-19 and GSAT-11 (India), or Palapa-N1 (Indonesia), but governments in the region must understand that their protectionism, albeit intending to protect national interest and sometimes promote the development of indigenous companies, hampers the development of a thriving industry that could help alleviate the digital divide.

Asia presents the highest regional level of untapped demand for satellite communications. Hosting 2 of every 3 unconnected people and with growing purchasing power, verticals such as cellular backhaul, consumer broadband or mobility will thrive.

However, factors such as protectionism and difficult regulatory regimes combined with market fragmentation makes it difficult for satellite operators in the region to gain scale and cost efficiencies. Consequently, business models do not close or realize their full potential.

Governments in the region should see how other regions such as Latin America leveraged satcom to foster digital inclusion programs and realize that a relaxation in the regulatory framework would be beneficial to close the digital gap.