With COVID-19 gripping the globe and people flocking to their devices and television sets, we at NSR deep dived into the media sector to analyze the historical performance of satellite and a few recent trends.  Once a darling of the industry, video revenues for satellite operators have consistently declined in the past 5 years – both materially and as a percentage of total revenues. The graph below showcases the decline for the Big 4, while building a case in point for EchoStar Satellite Services that clocked a 9% decline between 2015 to 2018. 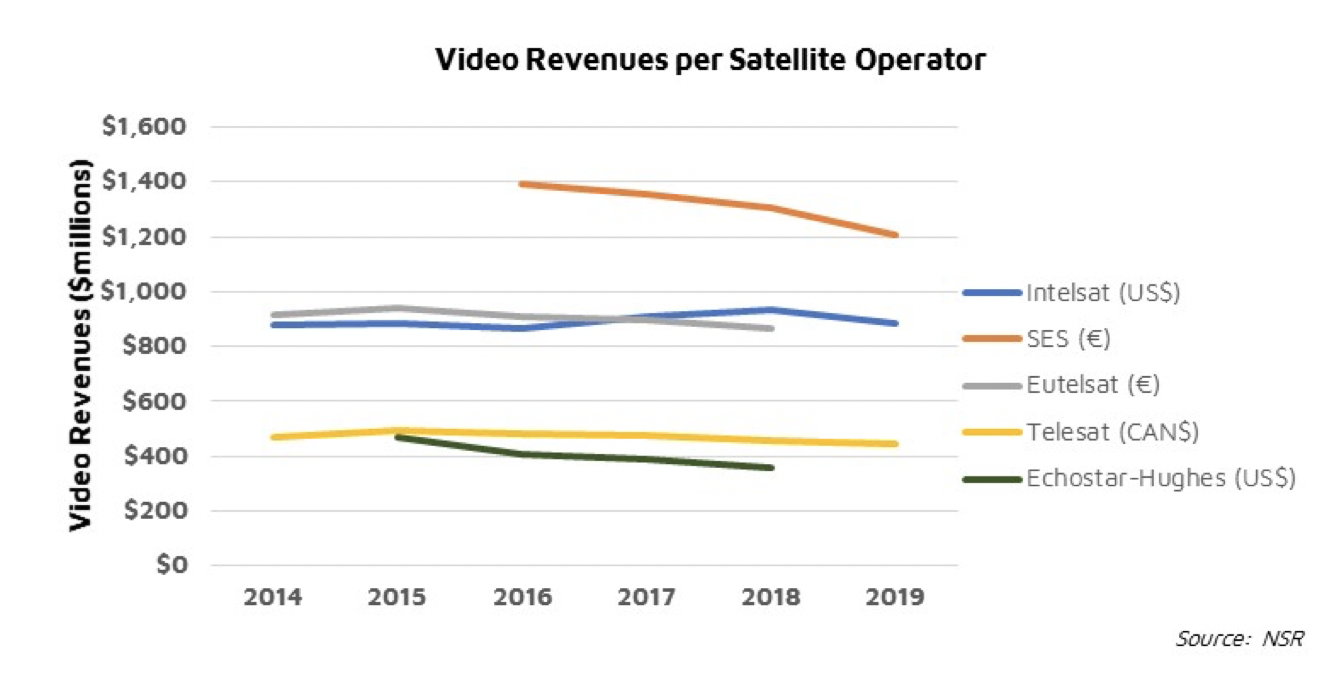 The reasons for decline are consistent across the major regions of the globe: 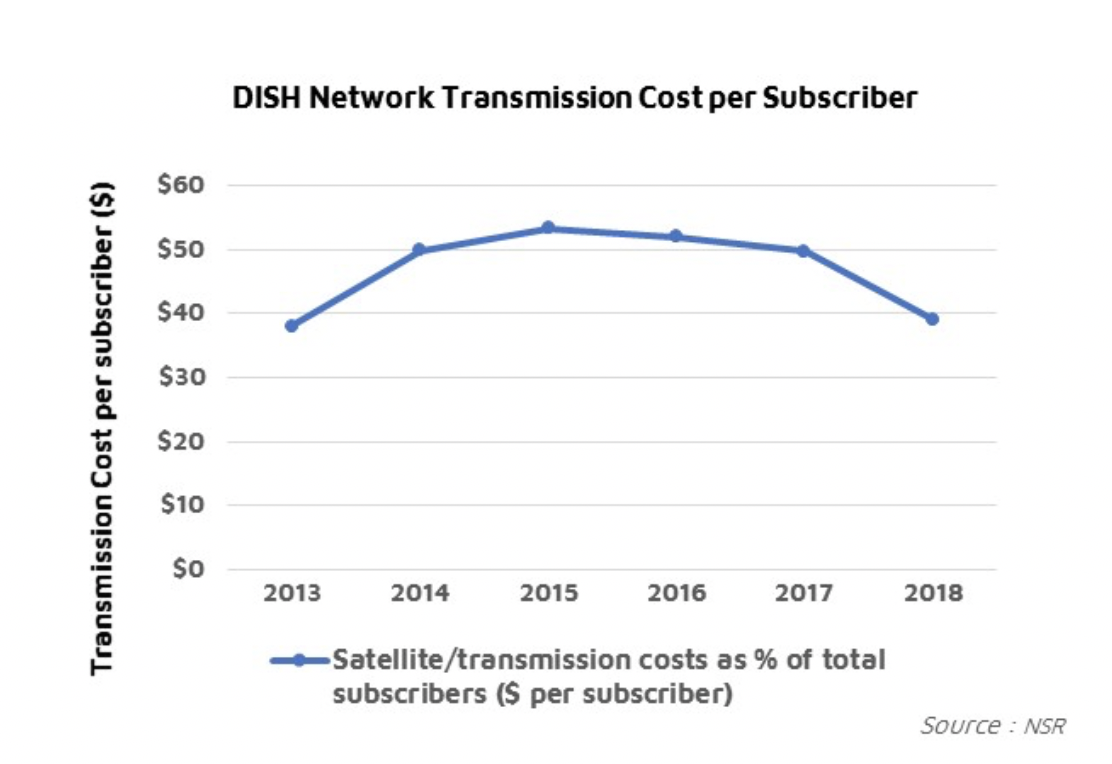 These above factors have led to significant pressure and decreasing media transponder prices across operators, including hotspots. Nilesat, while maintaining a relatively strong channel base, has seen revenues decline at 9% CAGR from $171M to $130M from 2016-2019 period, showcasing the direct impact on a once celebrated hotspot. Similar has been the case with Western European hotspots operated by SES and Eutelsat.

While North America has seen the largest churn since 2016 in subscriber base and ARPU decline, developing countries have been quite stable and increased their subscribers YoY (especially India and Indonesia). However, the impact on pricing is seen almost similar, as broadcasters continue to negotiate over renewal pricing. Increasing compression efficiencies with higher uptake of HD channels has stalled capacity leasing, and broadcasters are hedging advertising revenue with parallel OTT bets. Thus, the pressure on pricing is expected to be consistent until 2021, except for certain nuances due to the added COVID-19 effect. NSR, in its latest pricing report expects the COVID adjusted price decline for 2021 at 6%-12% depending on the region and application in DTH/video distribution.

While subscriber numbers have risen across Western Europe, Middle East and South Asia/APAC during the pandemic lockdowns, the challenge of losing advertising revenue due to cancelled sports leagues or television series looms large. While Comcast and AT&T have seen a continuation of cord-cutting trend in 2020, there appears to be a dual adoption of TV and OTT across developing countries, with trends of advertising revenue shifting to contextual content from sports.

Thus, a pattern of price decline is likely to persist, however, with a slower decline than anticipated in parts of South and East Asia, Middle East and Latin America. With North American and Western European broadcasters looking to remove paid subscriptions for sports channels, and offer alternative content, the price decline looks to hasten in these regions. Exceptions exist such as captive and integrated markets like JSAT in Japan or DBS in the continental U.S., where the impact is directly on the bottom-line of the business due to loss of advertising.

So, what can operators do? There are several trends to be tapped here:

It has been a tough ride for satellite operators so far, who have seen video revenue consistently decline – losing competition with OTT. With the younger demographic increasingly taking to games such as FortNite for entertainment, OTT competition intensifying (with the latest Disney+ and now Quibi launch) and shift from TV to online media platforms for advertisements – verticalized broadcasters will indeed have an upper hand on pricing. Operators in regions showcasing an increased demand (translating into higher viewers) should be able to negotiate on a slower decline on pricing.