Apart from being lightly licensed and allocated, very little(!) In fact.  Being in a higher frequency range compared to Ku-band or Ka-band, V-band is more susceptible to rain fade, presenting technical and market challenges compared to current solutions.  More importantly, apart from experimental payloads and systems on the ground to support such trials, ecosystem development in terms of equipment on the RF and antenna side have not been fully developed.

So why does NSR forecast cumulative 2023-2030 revenue streams of over $12.6 billion for capacity sales and leases as well as $23.8 billion in service revenues from the global Enterprise VSAT, Consumer Broadband and Backhaul markets?

The answer is simple – it’s not about technology, it’s about spectrum availability and dramatically improving the end user experience via a cost-competitive offering.

Such whopping numbers, if one estimates a LEO constellation costs roughly $3 billion on average, would lead entrepreneurs, “New Space” proponents and investors to launch and support V-band programs immediately given the attractive revenue prospects.  The thing is, it may already be starting to happen.  Filings from around the globe and in the U.S. Federal Communications Commission (FCC) have SpaceX, Boeing, OneWeb, O3b, LeoSat and Telesat Canada (among others) planning to launch over 10,000 satellites either for standalone V-band programs or as complementary satellites to primary plans for Ku-band and Ka-band HTS systems. 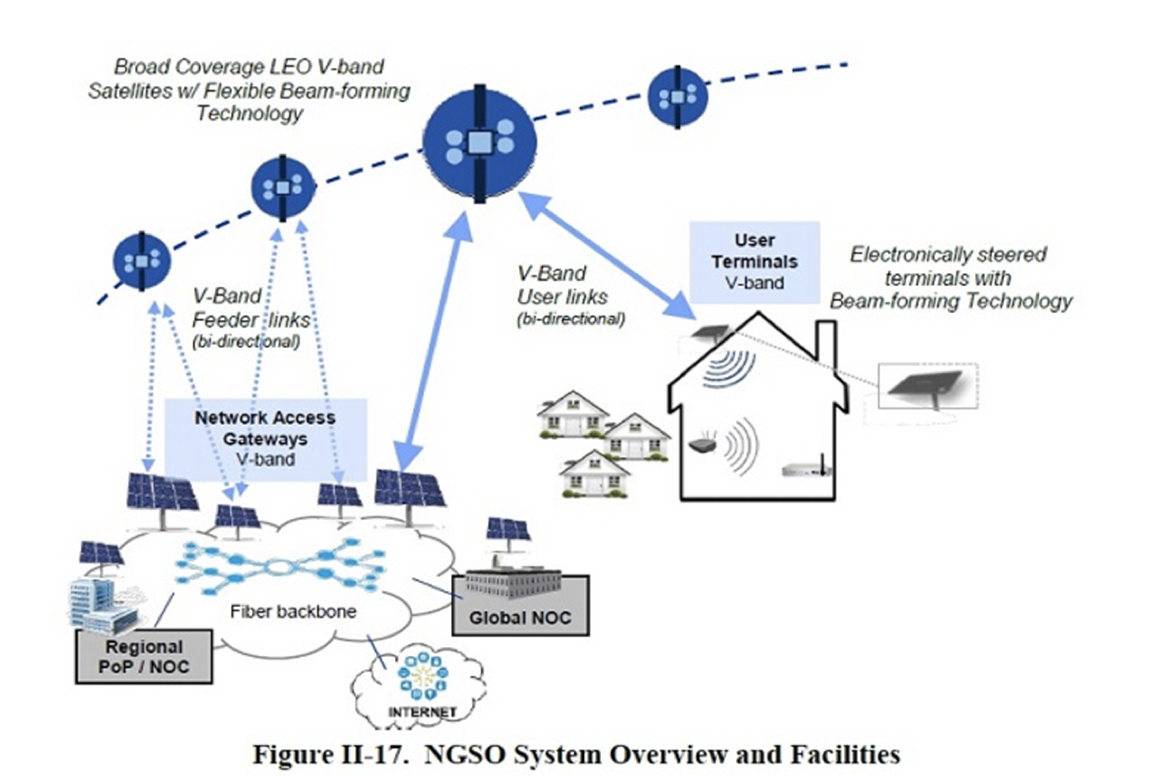 By 2023, NSR in its latest research study, V-band via Satellite Markets, assumes a V-band venture will be launched in LEO and another one will be followed some years after. Market hindsight would have been established where pricing, partnerships, and vertical targets would point to a compelling market offering and the establishment of distribution mechanisms and partnerships. The hindsight will not come from V-band given that it’s the new kid on the block, but from the experience and lessons learned from the missteps and successes of other HTS offerings in C-band, Ku-band and Ka-band in GEO and Non-GEO orbits.

By 2023, NSR assumes a V-band player would have resolved licensing, landing rights in key country markets, equipment/antenna development, the technical challenges of rain fade and crafting a distribution mechanism, which all lead to a better offering in terms of end user experience and price points.  A key part of the ecosystem that must be developed is lowering equipment pricing. And here, NSR assumes a V-band player will have to take the risk of ordering a high volume of terminals to achieve economies of scale and thus lower the per unit price. Risk-taking in launching a system in the sky as well as risk-taking in terms of high volume orders for equipment on the ground will be key areas for success. One without the other is a recipe for failure.

Given the total market opportunity for satellite capacity and services until 2030, V-band will not take over the Enterprise Data, Broadband Access and Backhaul markets as well as other verticals that have still not been speculated upon such as the Mobility and Military segments. But V-band will enter or should enter the fray with a competitive price offering, higher bandwidth per unit feature and key partnerships, which will enable a market player or players to take a decent amount of market share from existing and planned Ku-band HTS and Ka-band HTS systems. In terms of the total market opportunity, V-band is expected to account for less than 10% market share in the three verticals cited above but still translate to a healthy cumulative revenue stream validating the business case for launching at least one V-band system.

There is nothing special about V-band. What can be special is an offering that improves the end user experience at a much lower price point on a system that happens to be running on V-band.