Consumer Broadband has been one of the biggest success stories for the satellite industry. Millions of subscribers have signed-up in North America, which paradoxically faces one of the strongest competition from ground alternatives. With multiple actors now looking to replicate the model internationally, including areas with lower disposable incomes, will the growth story continue? 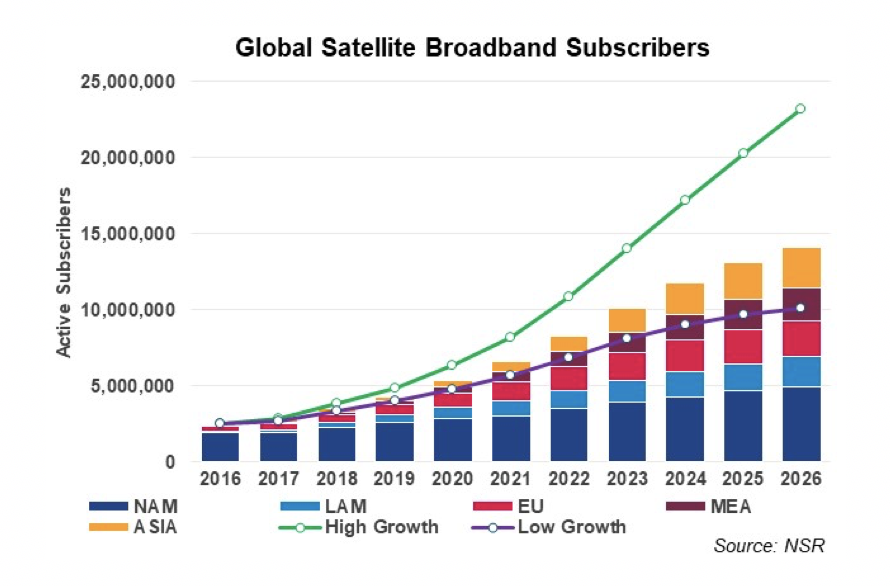 With the arrival of HTS, satellite has found a new niche to serve in Consumer Broadband. After the success in North America, the industry has tried to replicate the model internationally with mixed results. However, these initial issues are more related to adapting the business model rather than lack of potential customers. According to NSR’s VSAT and Broadband Satellite Markets, 16th Edition Report, Consumer Broadband will add over 11.6 million new subscribers in the next ten years, the majority of them coming from international markets.

A Snapshot of the Addressable Market

Half of the world’s population is still unconnected to the Internet (ITU, 2017), and satellite must step in and play a definitive role in connecting unserved and underserved populations. NSR estimates the global addressable market for satellite Internet at 472 million households. With ground alternatives continuously expanding and other key barriers like affordability at play, the vast majority of these potential customers will not be captured by satellite. However, compared with today’s 2.5 million active subscribers, there is still a massive opportunity ahead for satellite Consumer Broadband.

Most of the addressable market resides in emerging markets in Latin America, Middle East and Africa and Asia; collectively they represent 90% of the potential global subscribers. Having said that, a massive addressable market does not mean attracting customers will be easy and effortless. Several of the early projects have fallen in the ‘build it and they will come’ trap, not putting enough emphasis on developing strong retail channels.  Early broadband offerings from Thaicom/IPStar, Yahsat, Eutelsat and Avanti (among others) were initially met with lackluster demand and challenging growth.

Awareness is another major barrier as Satellite Broadband is completely unknown for many potential customers. Finally, affordability certainly drags growth, but the industry must pay a closer look into market conditions before being discouraged by low average income levels.

There’s no doubt this is a highly elastic market and, consequently, the cheaper the price the more market that can be captured; however, satellite has obvious cost limitations and affordability will always be a barrier.  Regardless, an adequate market segmentation would open large opportunities. Even in emerging markets with low average incomes, there are many wealthy households eager to subscribe to Satellite Broadband. Inequalities tend to be wide in these economies and even if average income levels might be low, there will always be numerous wealthy individuals willing to subscribe to Satellite Broadband. As an example, GDP per capita in Russian federal subjects varies by a factor of x16 from the poorest to the richest region. 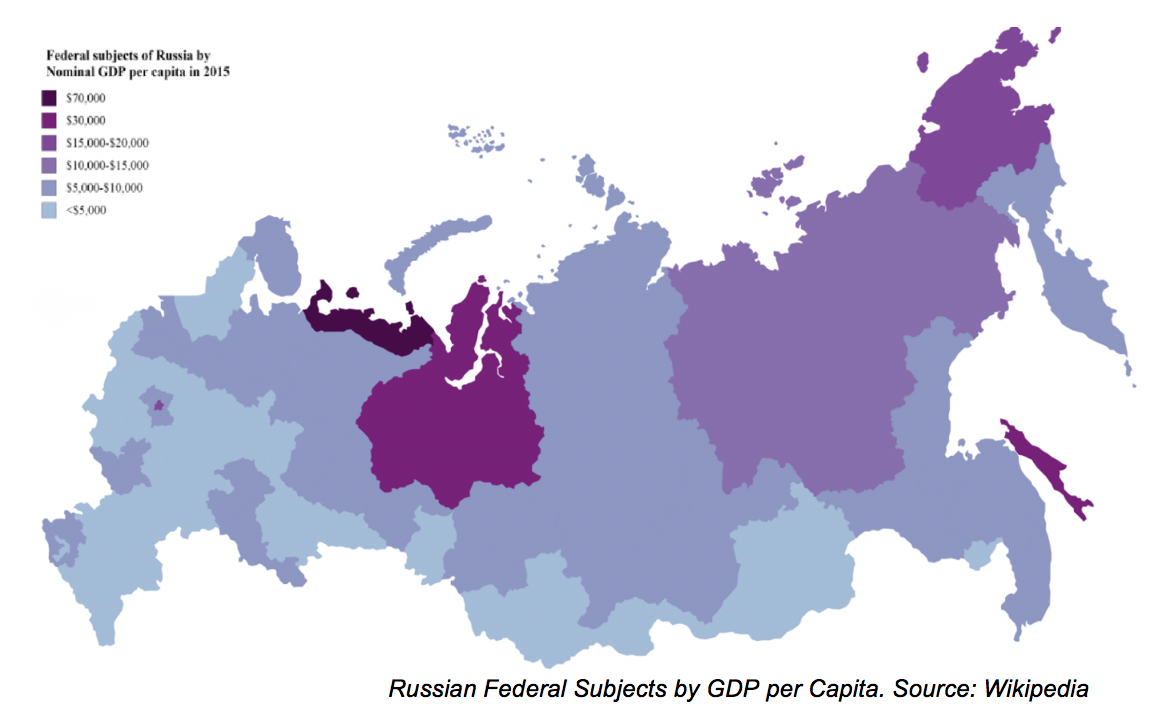 HughesNet in Brazil understood that very well and launched a service with an entry level cost of $70 per month, much higher than those in North America, but still has been able to attract tens of thousands of subscribers in less than a year.

Unlocking the Bottom of the Pyramid

The largest portion of the addressable market resides in the low-income segment. Multiple projects have been developed using Wi-Fi hotspots and similar offers with the objective of selling small data allowances to end users through aggregation points. Apart from the already mentioned barriers, this segment tends to be very challenging due to low penetration of devices, lack of digital skills and the actual value the end-user gets by going online (relevant content).

Despite it being feasible to build an affordable and functional solution to target these segments, barriers are still high and, many times, outside the control of the satellite distributor. Consequently, it is hard to ensure long term recurrent revenues for these models without government sponsorships, making profitability of these models challenging.

Satellite Consumer Broadband will generate tremendous growth opportunities across the value chain in the coming years. With half of the world’s population still unconnected, the potential addressable market is massive, especially in emerging economies.

Obviously, there will be challenges starting from the need to develop solid retail channels, the lack of awareness of Satellite Broadband or the affordability of the solution. But targeting the right market segments with an adequate offer will unlock tremendous growth.

Wi-Fi aggregation points still need to see a big success case to validate the model. Key barriers such as digital literacy are outside of control of the satellite actors. But, with these challenges progressively alleviating, this could become a large growth opportunity.