There is no doubt that Government & Military customers are a significant consumer of space-based assets. For both the Infrastructure (manufacturing and launch) and commercial connectivity, Gov/Mil markets are some of the largest and most concentrated around. While complex in terms of engagement, or ‘exact agency/organization/administration’, these customers are one of the key pillars of growth for current and emerging space and satellite markets. Yet, that has largely been the case for years – what’s driving all of the sudden interest in Gov & Mil markets now? 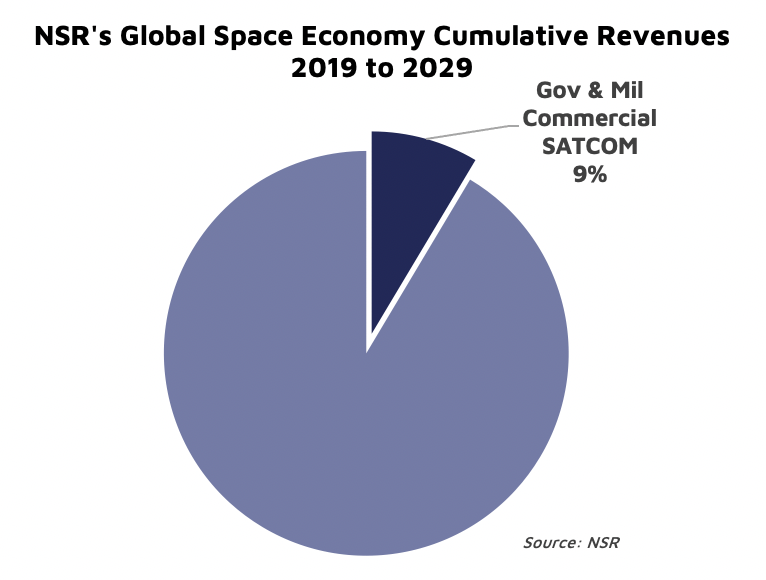 As a stand-alone vertical within NSR’s Satellite Communications research, Government and Military markets account for approximately 9% of NSR’s $1 Trillion cumulative revenue opportunity from 2019 to 2029. That is about on-par with Broadband Access, or Commercial Mobility connectivity segments, and 2% larger than the manufacturing and launching of Earth Observation satellites (and within that Gov & Mil plays a role.) All told, “Government” is a sizeable opportunity at the top-level of the market; however, what drives all of the markets “under the curve”? 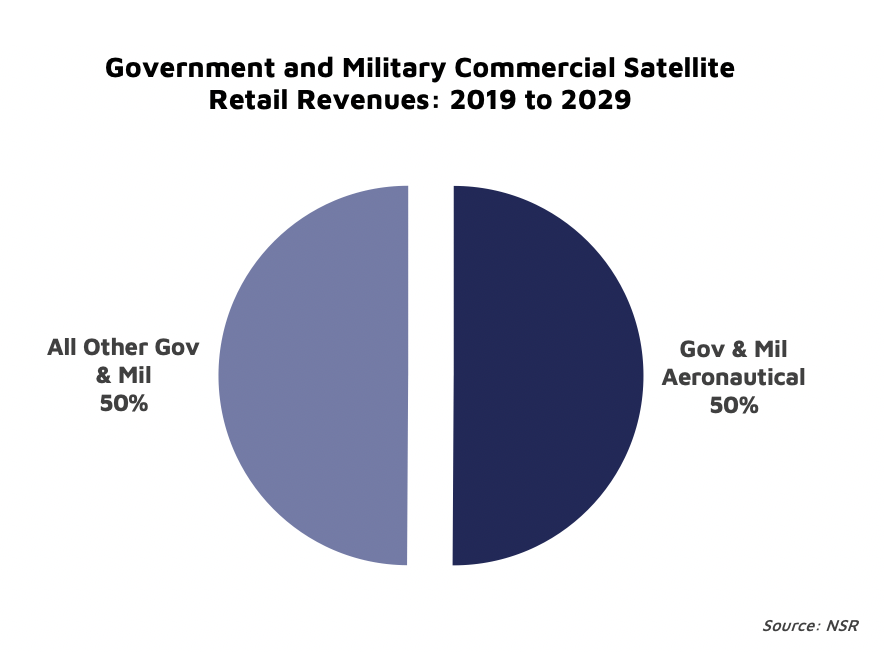 Mostly, the connectivity for Aeronautical use-cases (both manned and unmanned) – account for nearly 50% of net revenue growth between 2019 and 2029 according to NSR’s Government and Military Satellite Communications, 17th Edition study. In comparison to cumulative Global Space Economy revenues, this market (Aero Gov/Mil) alone is 4.5% of the entire cumulative opportunity. With a large concentration of demand amongst a few end-users within the Gov & Mil markets and a growing set of countries joining in the airborne ISR markets, it is perhaps ‘easy to see’ why there is such a significant focus on the Government and Military markets over the past few months.  This comes at a time when most commercial markets are still feeling the impact from COVID-19, and the ‘future of commercial mobility’ remains uncertain in the air transport markets; therefore, government and military use-cases are likely to be a growth driver over the next few years (vs. commercial) for aeronautical satcom applications. 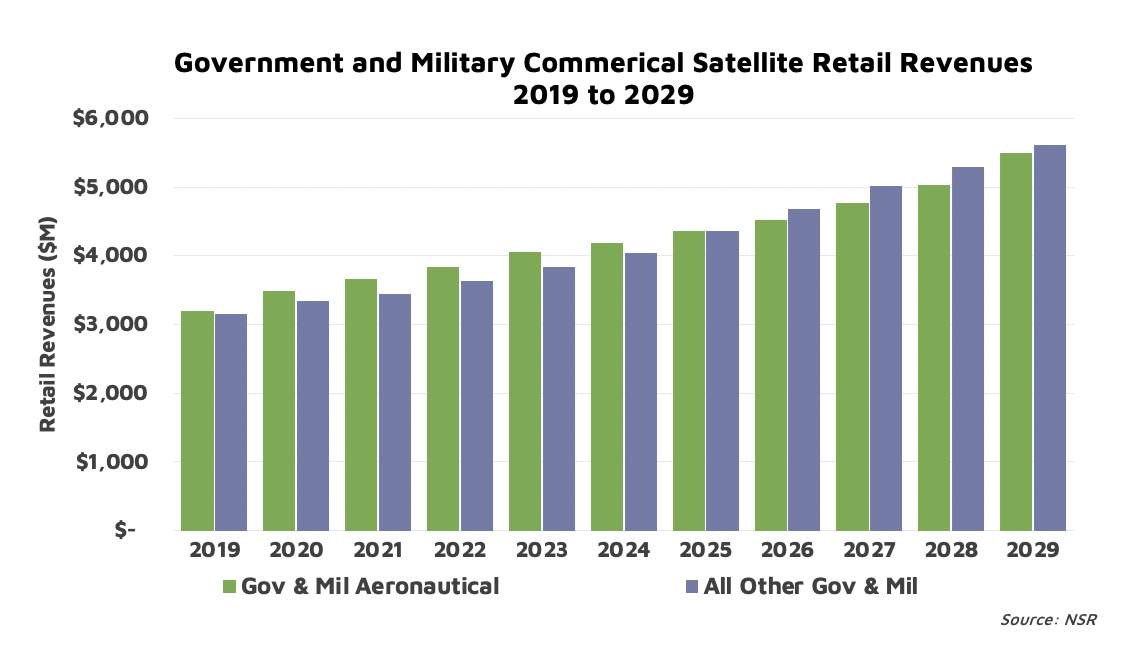 Within the Government and Military markets, aeronautical applications outpace other uses from 2019 to 2025. Spending on backhauling ISR data, connecting VIP airframe missions, and providing ‘real-time’ command and control functions while in-flight across a diversity of airframes largely drive adoption in these years. However, by 2025 those ‘early gains’ will give way to balanced spending across other segments (Maritime, Land-Mobile, and Bulk Leasing), with a slight decline by 2029. Largely, this is driven by the early-year growth of airframe connectivity influenced by an expected slowdown in new aircraft procurement in the later half of the decade. As conversations are already occurring on Capitol Hill around reducing U.S. Defense budgets, SATCOM spending will start to transform into improving connectivity to already connected platforms rather than the significant ‘jumps’ that come from adding new terminals and connected airframes.

Overall, even under these curves is the migration occurring elsewhere in the satellite communications markets from FSS to HTS, and from GEO to introducing Non-GEO HTS services. For Gov & Mil customers, the investments in new terminals and connectivity paradigms are enabling more throughput with improving pricing structures. For Service Providers and others in the SATCOM Value-chain, these changing paradigms are creating opportunities for new services – and another avenue for commercially-focused aeronautical connectivity platforms.