As GovSat-1 transitions into its operational orbital position, the Government & Military market is seeing renewed investments into next-generation government-owned MILSATCOM systems and customized commercial offerings for end-users as the market find itself in the middle of a period of renewed growth.

On the Government-only capacity market, GovSat-1 is nearing the end of a chain of long-planned expansion of U.S. and European MILSATCOM systems in advance of next-gen systems.  NSR’s Government and Military Satellite Communications Markets, 14th Edition forecast of MILSATCOM Capacity from North American and European Countries projects 2018 and 2019 will be the peak years for new capacity coming online – in the run-up to new constellations from the U.S. and UK to replace current-gen systems.  With additional security features present on GovSat-1, and an interesting public-private partnership with commercial satellite operator SES, it offers a real-world test for government and industry collaboration that could be followed for the U.S. or UK replacement systems. 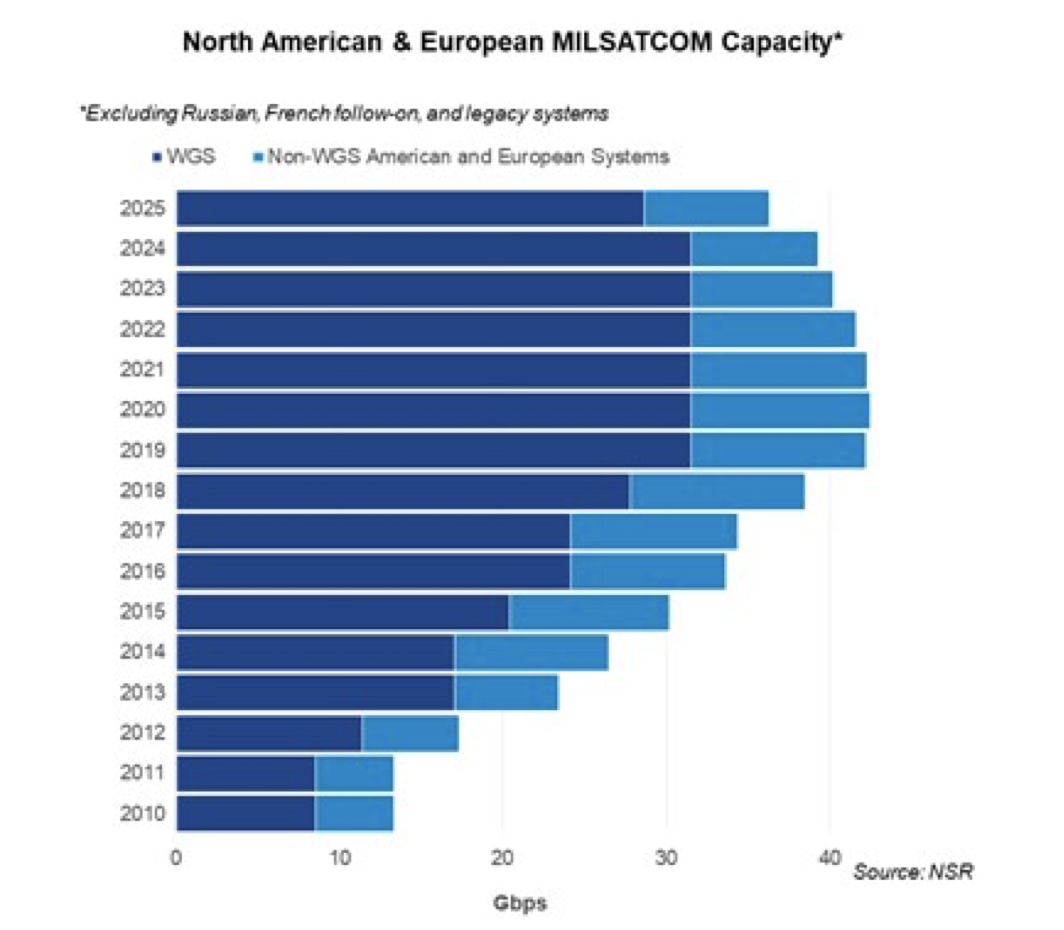 Exploring the Comsatcom market opportunities of GovSat-1, the satellite is positioned to target a core component of the Government & Military market demand.  NSR forecasts global revenues for managed services across all frequencies, orbits, and architectures between 2016 – 2026 will exceed $4 Billion.  Of that which GovSat-1 can address given its coverage and frequencies used, X-band and Ka-band (for both FSS and HTS architectures), retail revenues over the next ten years will account for nearly 30% of the global market potential for Comsatcom markets.

Unsurprisingly, Middle East and Africa represent the largest single opportunity – and within that Aeronautical in both manned and unmanned platforms are the significant growth verticals.  Europe is another key region, and within that GEO-HTS Ka-band is a key source of revenue growth.  Combined with the growth expected from FSS Ka-bands, and FSS X-band, Europe alone is expected to provide over $300M in retail revenue growth between 2016 and 2026.  Overall, looking at the pure comsatcom market alone for managed services, GovSat-1 seems well targeted into the growth area of the Government and Military Markets. 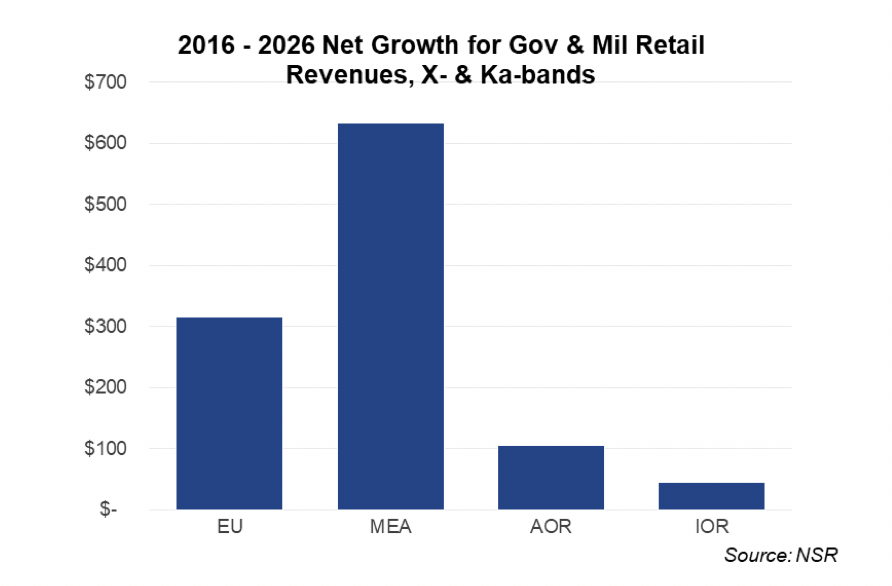 What does that mean for programs such as GovSat-1?  Simply, that there is a robust demand for capacity tailored for Gov & Mil customers.  While next-gen constellations such as “WGS 2.0” are still in the design phase, having capacity on-orbit that allow current milsatcom terminals to remain viable gives government planners additional breathing room during the design stage.  What remains, is if public-private models in the manner of GovSat-1 can be replicated on a larger scale to augment military demands from customers such as the United States Department of Defense.

New models and relationships between industry and government are required to match connectivity requirements against budget realities.  GovSat-1 represents another model that should be closely followed to augment military-owned capacity.  Whether it is ‘THE’ model to follow remains to be seen, but it is a crucial step to matching commercial realities with uncertain budgetary constraints.