October 13, 2016 by Claude Rousseau | More from this Analyst | Profile

“Space is hard,” is a common refrain from the aerospace industry after negative news, as if to differentiate aerospace business from any other business. But this false separation ignores the fundamentals that encourage success in any industry: a solid business plan, stable and reliable funding, innovative R&D, balanced supply and demand, quality control, delivery, good partners and client reputation. These success factors span industries, cultures, and sectors. Believing the aerospace industry is somehow different invites failure. And yet, in the emerging small satellite (smallsat) launch vehicle business, we see the seeds of good business and the hints of disaster lurking behind flashy presentations and bold predictions.

As the race currently stands, Rocket Lab is ahead of the game. Their Electron rocket, projected to become operational in 2017, has sold multiple flights for its first two years of operation. The customer demand is there. Its Rutherford engine, successfully tested earlier this year, will give Electron a lift to carry up to 150 kg into sun-synchronous orbit per launch. Its dedicated New Zealand launch sites, recently approved by their government, gives it an edge over competitors who must compete for time at shared launch sites.  Its funding, though not complete, is diversified: a $7 million contract from NASA, undisclosed launch contracts with customers, and Series A and B investments by Bessemer Venture Partners, K1W1, and Khosla Ventures. If Rocket Lab can deliver what it promises, success will likely come next.

An unexpected upset in this race occurred at the end of September.  Firefly Space Systems, initially expected to begin launching up to 400 kg into LEO in 2018, cryptically announced its financial troubles and the furlough of its entire staff. NSR analysis predicted Firefly’s financial difficulties, but not to this extent. An ongoing lawsuit with competitor Virgin Galactic over the alleged use of Virgin Galactic proprietary information at Firefly was not going well, and an unfavorable judgement could spell the end for Firefly. Announced earlier this month, a key investor pull-out related to the June 2016 United Kingdom Brexit added funding troubles, and a tainted brand name for Firefly, potentially ending the company’s smallsat launch pursuits. 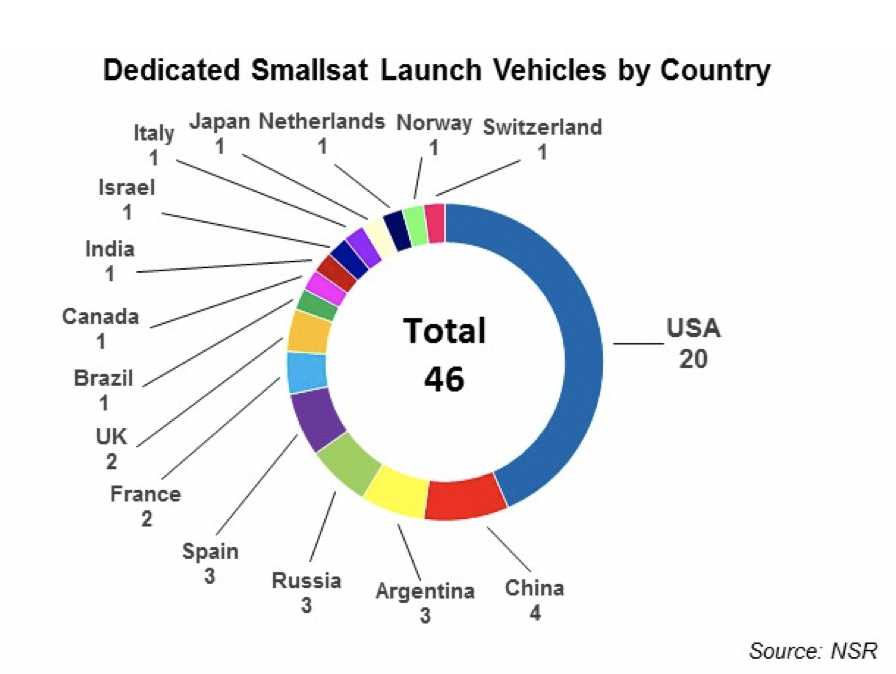 As outlined in the NSR Smallsat Launch Vehicle Markets report, the smallsat launch business is global with launch service providers, customers, and investors spanning the globe and not limited to geographic boundaries. With 42 new smallsat launch vehicles being developed by 36 launch services providers in 19 countries at various stages of development, inevitably some will fail while others succeed. Growth in this area is strong in the United States, China, Russia, and Europe. While the United States with 20 existing or developing smallsat launch vehicles is leading, international competitors will learn from the successes of Rocket Lab and the failures of Firefly to strengthen their businesses and capture a greater share of the market.

The smallsat launcher race will be won by those who take care of the fundamentals and utilize success factors to enable long-awaited lower launch prices to satisfy strong pent-up demand of smallsat customers. Those with contracts to launch on new dedicated smallsat launchers have been patient in the wake of delays and set-backs, but patience may be wearing thin. Larger customers with smallsat constellations are diversifying their launch contracts with multiple active and in-development launchers in anticipation of more failures and delays. Not all new smallsat launch vehicles will succeed in this crowded marketplace, but the industry should heed successful business advice and note challenges and failures to sustain existing customers and encourage growth.