April 28, 2019 by Shivaprakash Muruganandham | More from this Analyst | Profile

Startups in the space industry continue to emerge across the value chain, from space infrastructure capabilities to downstream services, targeting new approaches to compete with incumbents and broaden the market. Given the capital-intensive nature of this industry, identifying the right type of funding to support this development is one of the most important steps towards growth, bringing with it many risky pitfalls. With financing being one of the four critical challenges faced by emerging space startups, the question remains: what is the right financing choice to support growth?

Of the $17.8B identified in NSR’s Emerging Space Markets Analysis, 2nd Edition report as funding made in emerging space markets since 2000, more than 50% has been concentrated in the most well-known space unicorns. However, driven by a large number of younger startups receiving initial funding of <$10M , a healthy market dynamic is expected to continue and attract further capital as investment cycles progress. 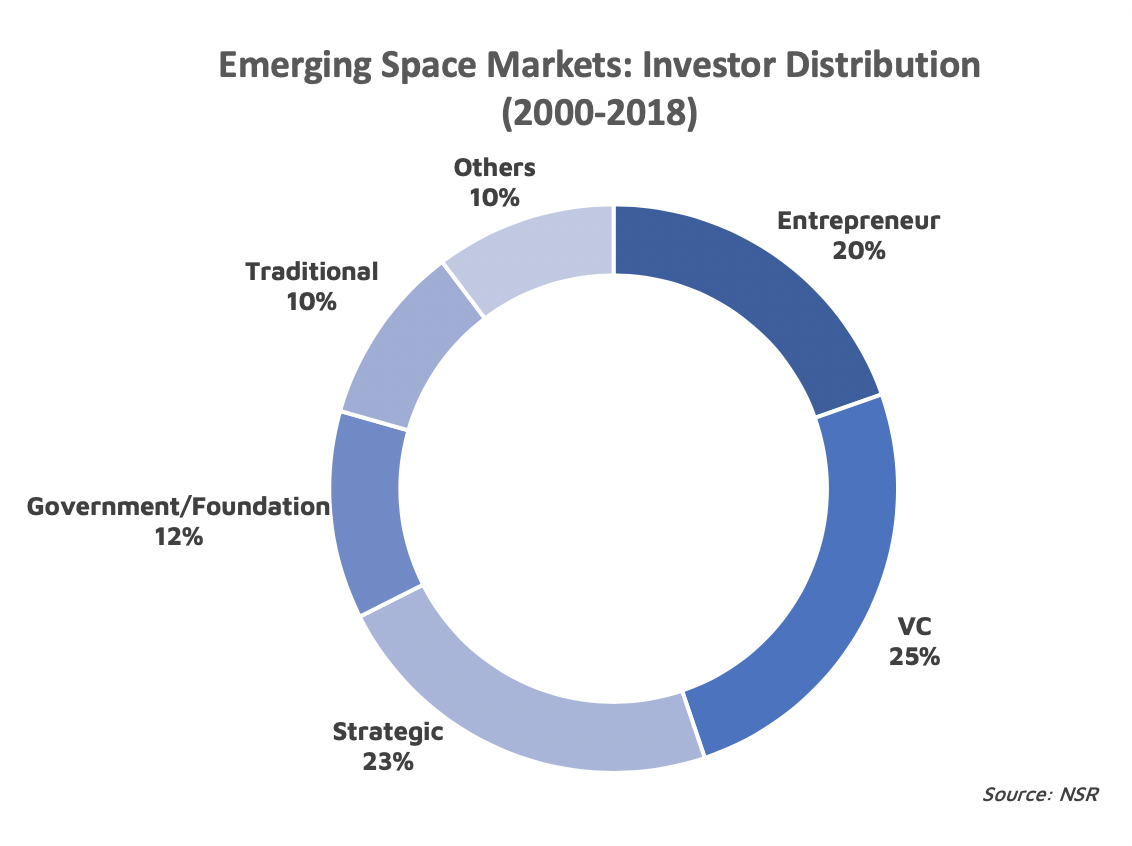 Who are the Investors?

As the single largest investment type amongst space startups, Venture Capital (VC) investments account for 25% of overall funding and have become increasingly significant in recent years. Indeed, 77% of Emerging Space investments are equity-based with VCs making up an increasing share of the pie. VC investors now identify space as an industry with the potential for high returns over the long-term, and this promise of patient capital has led to VC investments being the most pursued form of funding by emerging space companies. Nevertheless, startups need to address investment concerns in securing these funds, and not just chase it as a form of prestige.

Following VCs, strategic investors represent close to 23% of the overall funding scenario. These have been the forte of space industry incumbents / players in the broader space value chain, with an eventual distribution partnership via the emerging player as the central objective, or as a way to maintain a pulse on new technologies/solutions. Strategic investments also allow emerging space players to gain growth capital as well as the right partnerships to implement on their business plan.

Conservative forms of financing such as Private Equity (PE), IPO and bank financing have typically been secured at later stages of development. The potential for managing risks involved with emerging space players has opened up the doorway for debt financing as an alternative route.

Meanwhile, government entities and foundations have continued support through grants and prizes, and account for the largest number of investments made in emerging space, despite a much lower funding amount. These investments are usually driven by strategic and economic development interests, providing early-stage or low TRL funding. Dedicated space funds launched by governments such as in Japan, France and Luxembourg as well as competitions to support innovation are expected to spur the growth of space infrastructure through domestic companies. Alongside crowdfunding and accelerator/incubator programs, such methods allow increased autonomy and control over the company for founding teams. Accelerator funding can additionally help open the door to future VC/angel opportunities as the business progresses. 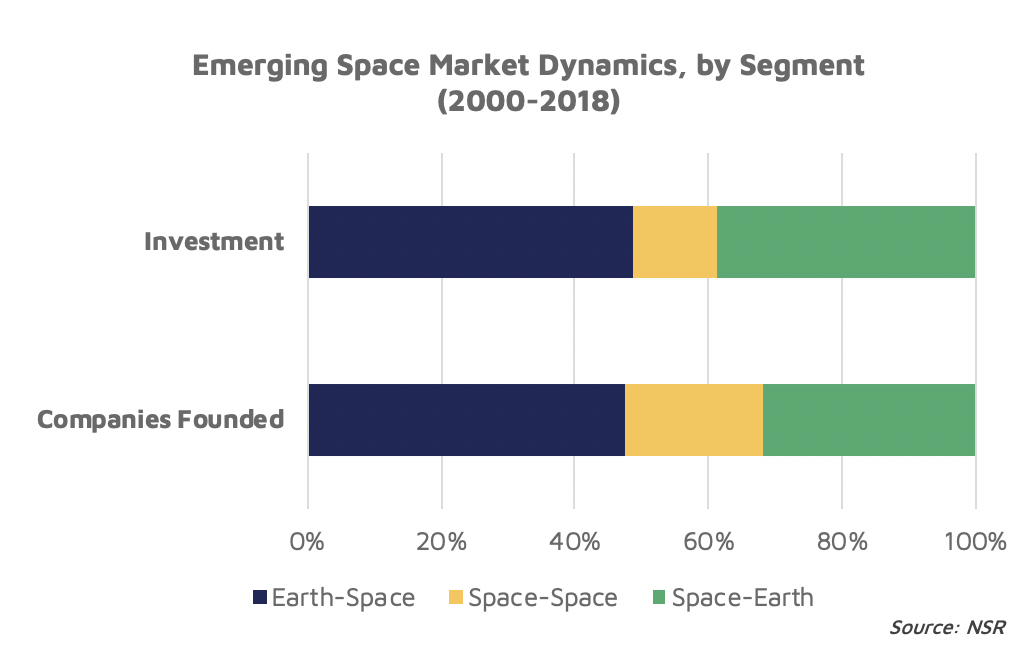 Unsurprisingly, the launch business is the biggest sector to receive funding. Investors realize that easing the launch bottleneck is the path forward to tap into the growing satellites and services market. Funding from wealthy entrepreneurs, VCs and strategic investors has flown into most of these emerging players, whether they target the LEO or GEO markets. Space manufacturing services have remained evenly funded by governments, VCs, traditional and strategic investors alike. The market for mission operations and ground segment operators is yet to saturate, and as such, a first mover advantage and the right partnerships will be the path forward for emerging space players in this segment.

For emerging players in the communications market, the investor community has shown signs of bullishness: evident from the $25M Series A raised by Swarm despite having defied the FCC and receiving fines for not disclosing launches. However, competitive pressures from startups to be first-to-market is expected to drive this segment, since the market is fast approaching saturation, even if it means taking more risks to lead the market. On the other hand, the Earth Observation (EO) sector has significant growth potential, with downstream analytics potentially broadening the market opportunity, thereby attracting funding from VCs, strategic and traditional investors.

While space infrastructure and satellite services have received large sums of money, the Space-Space services segment remains the youngest market with the lowest TRL. Dominated by the space tourism and resource extraction/exploration sectors, funding will remain a key challenge for the foreseeable future. The need for strong investor confidence in the face of a slow payback period and uncertain market opportunities has led to a heavy reliance on governments and wealthy entrepreneurs alone, and these will remain instrumental in early developmental stages.

As we’ll hear at the Satellite 2019 Finance Forum, with approaches from bootstrapping, government investments, strategic partnerships, VC and more, emerging space players have multiple options for funding that each deliver unique benefits and drawbacks.

In support of their development process, space startups in the pre-revenue and growth stage must identify the right path, considering the impact of financing choice on company trajectory. To make the right choice on their development path, emerging players need to clearly understand the effects of what funding does for their growth rates, strategic direction and ultimately, their potential for success in the market.