Home > The Bottom Line > FPAs Hitting the Jackpot with Gov/Mil

FPAs Hitting the Jackpot with Gov/Mil

August 12, 2020 by Dallas Kasaboski | More from this Analyst | Profile

Flat panel antennas will be necessary for Non-GEO HTS. This is not news, and has been discussed by NSR several times before. According to NSR’s most recently-released analysis tool, every proposed constellation will require several, sometimes dozens, of satellite handovers per hour, which will prove very challenging for current, traditionally parabolic, equipment to handle. 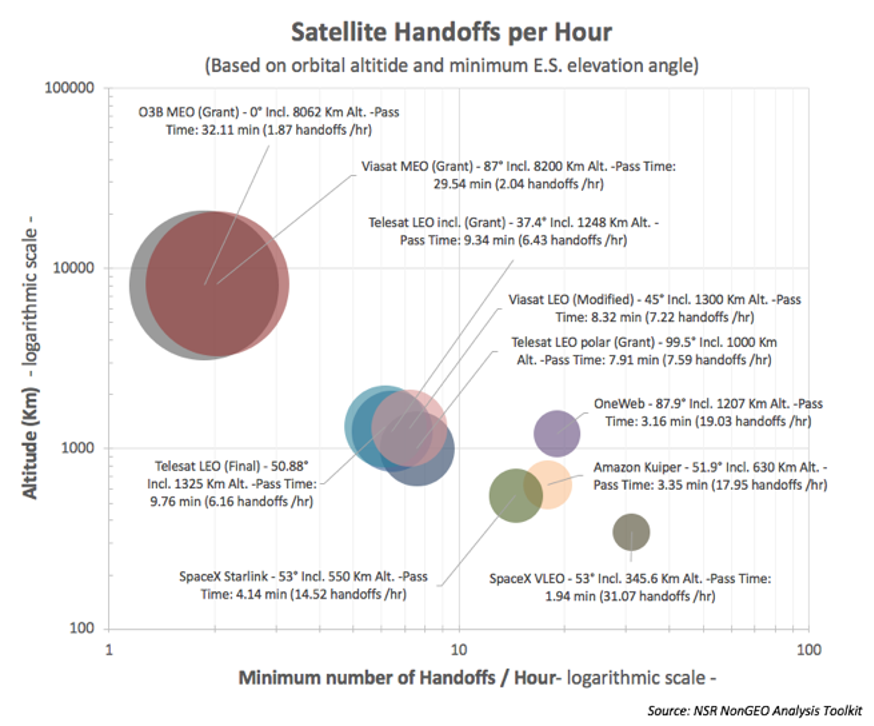 However, while the theoretical goal for LEO constellations is to bridge the digital divide, FPAs are nowhere near meeting the requirements for serving the wider commercial market that these aim to unlock. Too expensive, low-scale, unable to plug & play, the gap between FPA capabilities today and the needs of the large-scale consumer broadband and connected car markets remains a bridge too far.

While FPAs are necessary for Non-GEO HTS, the commercial market does not necessarily need to be the main market for FPAs. The Gov/Mil has always been and will remain the driving customer behind FPA development and adoption. With greater access to funding and technological heritage, Gov/Mil customers were the first FPA users, deploying the technology where low profiles were required. Now, as the industry rolls the dice on Non-GEO HTS constellations, FPA manufacturers with a government focus maybe hitting the jackpot, winning test, trial, and demo contracts with major government & military divisions.

However, considering how underdeveloped the market is, and given the challenges of price and performance, why is Gov/Mil supporting FPAs, and where will this technology make the most impact?

NSR’s Flat Panel Satellite Antennas, 5th Edition report forecasts FPAs to generate $12.1 billion in equipment revenues over the next decade, with government and military comprising 46% of that total. Despite all the aims to greatly expand satcom’s reach, traditional, long-standing Gov/Mil customers will remain the main bet for FPAs. However, as traditional as Gov/Mil may be, their approach to FPA technology is anything but. 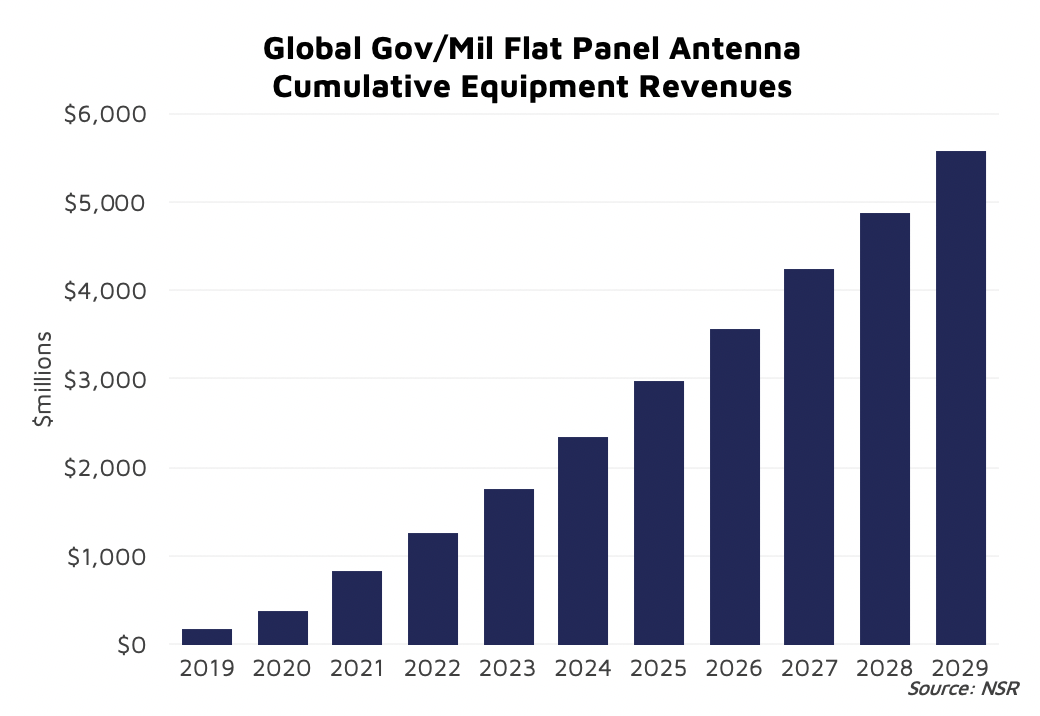 Numerous FPA announcements this past year listed multi-band, multi-mission capabilities as a driving requirement for tech development and adoption. In the U.S., the Commercially Augmented Space Inter-Network Operations, or CASINO for short, is prompting strong investment in FPA capabilities, with announcements for Lockheed Martin, Ball Aerospace, ThinKom, among others.

Besides low profiles, FPAs represent an opportunity to bring next-generation network capabilities. Supporting multiple frequencies, switching between MEO, LEO, and GEO orbits, FPAs have the potential to provide redundancy, reliability, flexibility, and adaptability to Gov/Mil communications. Depending on the configuration, this could also cut down on the equipment necessary for mission completion, and reduce complexities involved with switching between systems such as the WGS and commercial satcom. Additionally, Non-GEO HTS will bring near-global connectivity, potentially reducing the logistics required in operating in different regions. NSR forecasts the cumulative shipment of FPAs for government maritime and land-mobile to exceed 74,000 units by 2029, generating over $500 million in equipment revenue.

Besides network flexibility, Gov/Mil customers seek resilience and efficiency. Software-defined modems, virtual machines, proliferation and disaggregation of systems, anti-jamming, and cybersecurity are just some of the requests for the terminals of tomorrow. While FPAs have long struggled with certain key performance indicators such as beam-width, throughput, and antenna efficiency, demand from both Gov/Mil and commercial aero have made strides here. Additionally, many of these next-gen features will not be possible, or logistically feasible, on parabolic systems. As such, certain markets have begun transitioning over to greater FPA adoption. As an example, NSR expects the Gov/Mil Aero’s FPA market penetration to grow from 31% to 78% between 2019-2029, with the vertical generating $5 billion in equipment revenues in the same time.

Flat panel antennas are key for delivering on the promises of LEO constellations, and advanced terminal capabilities. Gov/Mil customers, given their deeper pockets and need for resilient networks have shown ongoing and growing interest in investing in, and support the development of, FPAs.

Traditional customers will remain the FPA market’s high roller, but there are a lot of players at this table and the odds of success, given the severe technological challenges ahead, remain low; some manufacturers may find the stakes too high, while others, who have hedged their bets, will hit the jackpot with Gov/Mil.